AC Milan top the Serie A table heading into this weekend's latest round of fixtures but can't afford to drop any points as Napoli and Inter Milan remain hot on their heels. Torino look set for a safe mid-table finish this season and have little left to play for in their final eight matches other than pride.

It's tough to see both teams scoring in this game as each of AC Milan's last five wins against Torino have been accompanied by clean sheets. Torino have failed to score in two of their last four league games while AC Milan have kept clean sheets in each of their last five matches in all competitions, so you can see why we're only backing one team to score this weekend.

Torino vs AC Milan – the latest stats and odds

Torino made the trip to bottom of the table Salernitana last time out and needed a penalty to secure all 3pts. Belotti converted his spot-kick in the 18th-minute and it's a good job he did, as Torino failed to break down a usually leaky Salernitana defence in the second half.

AC Milan would have been expecting all 3pts when they played host to Bologna last weekend. However, the host's front men failed to convert any of their chances and while the AC Milan defence held firm, a point was a disappointing result as AC Milan could have been 3pts clear of their nearest rivals Napoli this weekend.

Torino: Zaza, Sanabria, Djidji, Praet and Fares are all doubts for the game due to injury.

FAQ for Torino vs AC Milan 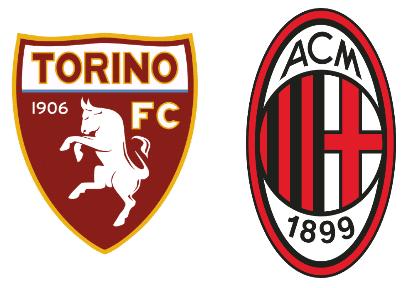