Round 13 of Bundesliga action brings together Stuttgart and Mainz at the Mercedes Benz Arena. Both sides need the three points on offer and have unsettled business following their meetings last campaign.

Here are our predictions for Stuttgart vs Mainz.

Stuttgart did a double over a struggling Mainz 05 outfit and it seems the Carnival Club can get their revenge this season. The Swabians are on a six-match winless streak and have lost their four matches in succession. On the other hand, Main are unbeaten in their last five outings and should add to their tally at Stuttgart's expense.

Three of the last four meetings between these outfits have concluded with Over 2.5 total goals and we believe the pattern will follow in this meeting. Both teams have the impetus to claim the three points on offer and it can only happen if a battle for attrition is avoided. Goals mean points and Bo Svensson's charges will want them to avoid the mistakes of last year.

A porous defence is the reason why Stuttgart find themselves occupying the relegation playoff slot. With all and sundry scoring against them, the highly efficient Maiz unit should also claim the low hanging fruit against them in this Friday night meeting. Conceding ten goals fewer but at an average of one per game, the Swabians will fancy their chances against the Carnival Club.

Stuttgart vs Mainz: Check out the best odds and the latest stats

Match Preview of Stuttgart vs Mainz: Swabians look to end winless streak against the Carnival Club

Stuttgart started the campaign in the first place but currently occupy the relegation play-off slot. Such has been their fall from grace. From being UEFA competition candidates, they have become the laughing stock as they suffered four defeats in succession. Time is running out for Pellegrino Matarazzo as Claus Vogt will move in the market to ensure Bundesliga continuity is extended for as long as possible.

After struggling for the duration of the 2020/21 Bundesliga campaign, Mainz are one of the few sides which can empathize with their rivals. Given the circumstances, they look to capitalize on their misfortunes and look to benefit from their dwindling fortunes. Expect a compact Mainz outfit to take the pitch and wreak havoc against the easily disoriented Stuttgart at the Mercedes Benz Arena on Friday night.

Questions About Stuttgart vs Mainz 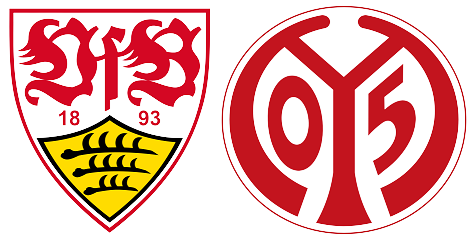 Where is the game being televised? DAZN Deutsch, TV3 MAX, and Viaplay.

Who are the players to watch out for? Konstantinos Mavropanos (Stuttgart) and Jae-Sung Lee (Mainz).