This preview focuses on the League Two game between Stevenage and Cheltenham Town at the LAMEX Stadium in Stevenage.

Cheltenham look to revive the title challenge once again when they travel to the Lamex Stadium to play against Stevenage. Our best predictions for this match are:

Cheltenham have a disastrous record in away games against Stevenage after losing all of the recent five encounters. The second-placed team in the division comes into this match on the back of one win in the last five trips. Stevenage have been going through a small decline in home form with no wins in last three games.

Mansfield Town’s win over Stevenage means that Alex Revell’s team are without a clean sheet in four games at home. The club’s overall defensive record is also quite mediocre with the clean sheet against Oldham Athletic bringing the only joy in the last six League Two games. Cheltenham’s push for the league title means that they will not rest on another blank. Even in the loss against Crawley, Cheltenham created many good chances.

Stevenage have slipped to 15th place in the league table after losing back-to-back matches. Since beginning April with a narrow away win over Oldham, it has been downhill for Revell’s men. Even then, a match at the Lamex stadium gives the best hope of overturning this form. The team has found no shortage of opportunities going forward, as they continue to be very strong in exploiting the channels. For the next few matches, Revell’s men have to be more efficient with their chances.

Cheltenham Town lost ground to leaders Cambridge United, who have played a game more. Cheltenham can potentially return to the top with a positive result against Stevenage. It is quite congested at the top four teams vying for the top spot. Due to a disappointing away form, Michael Duff’s team have been unable to pull away in front of competition like Bolton and Morecambe. Just like Stevenage, Cheltenham also remain very strong in exploiting the channels.

Key Betting Numbers and Stats for Stevenage vs Cheltenham

FAQs regarding Stevenage vs Cheltenham Coverage 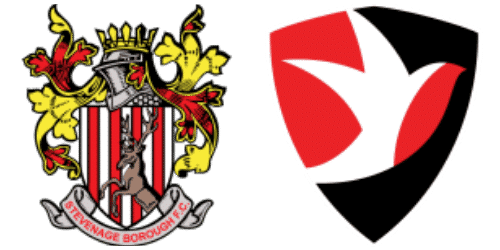 The game is scheduled to take place at the Lamex stadium in Stevenage.

Cheltenham get to match in the position as the favourites for the victory at odds of 11/10.