Torino have done enough this season to avoid relegation from Serie A and now they can relax, which is a good thing considering their current injury list. Visiting Spezia sit 7pts behind Torino in the table so have more motivation for the win this weekend, but will that be enough?

These two sides have met three times in recent seasons and on only one occasion have both teams scored when the pair have locked horns in Serie A. Both teams have only scored in two of Torino's and two of Spezia's last six outings in the league with the hosts failing to score in three of those games and Spezia missing the target in two of theirs, so you can see why our first prediction is for BTTS – No.

There is a good chance that this weekend's clash will be low-scoring as two of the last three head-to-heads between the pair have produced under 2.5 goals. Under 2.5 goals have also been scored, or not scored as the case may be, in each of Torino's and four of SZpezia's last six league games, adding further weight to our second prediction for Saturday Serie A match-up.

Torino made the trip to Lazio last time out where at the break, the two sides went in goalless. Torino weren't expected to take anything from this game but went in front through Pellegri in the 56th-minute. Lazio always looked like they had a goal in them and the hosts broke the away fans' hearts in stoppage-time via an equaliser from Immobile.

Spezia might have had the home advantage against Inter Milan last weekend but it was always the title challengers that were expected to win the game. Inter went in at the break one goal up and made it 2-0 in the 73rd-minute. Spezia threatened a late comeback when Maggiore made it 2-1 in the 88th–minute but Inter restored their two-goal lead in stoppage time to run out 3-1 winners.

Spezia: Arkadiusz Reca and Leo Sena are the two main injury concerns for the visitors this weekend. 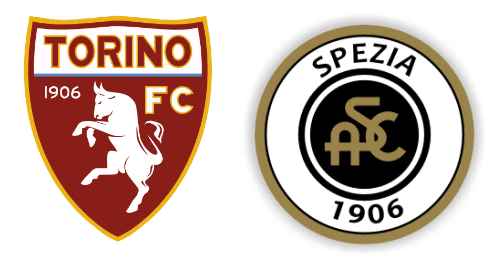