This is another international game in which we have had to get creative with the tips as simply backing Spain to win or over 2.5 goals to be scored, won't yield a decent return for your investment. Luis Enrique will be demanding a response from his players following a disappointing 2-1 defeat at Sweden in midweek, while Georgia will be hoping they can repeat their 2016 victory in Spain and move off the bottom of the Group B table.

Spain to Win Both Halves

Spain certain have the quality to beat Georgia and we're predicting that the hosts will do enough to win both halves this weekend. Spain twice scored 5-goals at Euro 2020, beating Croatia and Slovakia before eventually losing to Italy on penalties. Georgia have lost four of their last six international matches and failed to qualify for Euro 2020 and have lost three of their opening four World Cup qualifiers.

We expect the visitors to defend manfully in the first half with Spain having all of the possession. However, Spain haven't been making the most of their chances in recent matches and we feel that they will only go in at the break 1-0 up but will end up winning the game 2-0 or 3-0 if Georgia tired in the latter stages.

All you need to know about Spain vs Georgia

Soler was on target for Spain in midweek but that didn't stop Luis Enrique's side from slipping to a narrow defeat in Sweden. Simon started in goal ahead of de Gea as he did at Euro 2020 and the back four was made up of Azpilicueta, Alba, Laporte and Garcia. Spain might make changes to their defence after conceding two goals against a Sweden side that usually play very defensively. Traore, Llorente, Sarabia, Mendez and Rodri all came off the bench but failed to have an impact on the game, so Enrique might give the starting eleven a chance to redeem themselves against Georgia.

A solitary goal from striker Muriqi proved enough for Kosovo to secure a 1-0 win over Georgia in midweek, in what was a very disappointing performance from the home side. Midfielder Kankava is edging closer to his century of caps for Georgia and should make his 98th appearance for his country this weekend. Fellow Slovan Bratislava player Guram Kashia are the most experienced payers in the Georgia squad and it will be their job to keep their sides discipline in what is bound tobe a frustrating night without much in the way of possession for the away side.

Spain vs Georgia – Your Questions 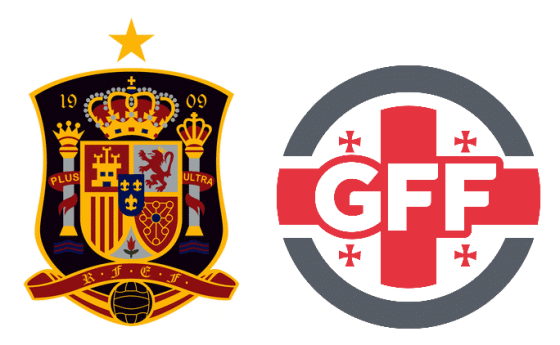