Back-to-Back defeats for the Gunners have allowed their local rivals Tottenham to move ahead of them in the race for the final Champions League spot. Southampton provide the opposition for Arsenal in the Premier League this weekend where the hosts will be looking to put last weekend's 6-0 hammering at the hands of Chelsea well and truly behind them.

Both teams have scored in three of the last five league meetings between Southampton and Arsenal and we're expecting more of the same between the pair this Saturday. Four of the Saints' last five fixtures have witnessed goals scored at both ends of the pitch while both teams scored in Arsenal's last game against Brighton, adding further weight to our prediction for this weekend's clash.

At least three goals have been scored in three of the last six encounters between these two clubs, including Arsenal's 3-0 win at the Emirates back in December. Five of Southampton's and three of the Gunners' last six outings in league and cup have produced over 2.5 goals, so you can see why we're confident that there will be plenty of goalmouth action this weekend.

All you need to know about Southampton vs Arsenal

Southampton simply didn't turn up for their home game against a clinical Chelsea side. Goals from Alonso, Mount, Werner and Haverts put the visitors 4-0 up at the break and further goals from Werner and Mount in the second half, made the final scoreline 6-0. Southampton are no strangers to heavy defeats in the Premier League and we expect the home side to respond positively to their latest hefty loss by taking the game to the Gunners.

Arsenal slipped to back-to-back defeats in the Premier League last weekend, going down 2-1 in their own backyard against Brighton. The Seagulls took the game to their hosts and lead 1-0 at the break. Arsenal just didn't respond to going a goal behind and then Brighton made it 2-0 with 24-minutes left on the clock. It was only then that Arsenal started to create more chances and eventually that led to a goal from Odegaard from distance via a hefty deflection but the hosts were unable to carve out an equaliser.

Southampton: Broja, Long, McCarthy and Lyanco are the main injury concerns for the hosts.

Arsenal: Tomiyasu, Tierney and Partey are all doubts for the visitors ahead of their trip to the south coast. 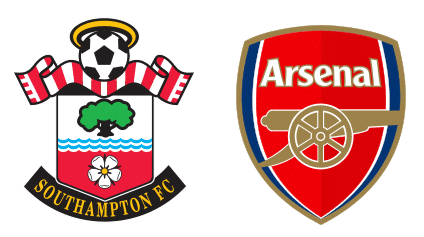