Young Boys head into this Champions League qualifier as the big favourites to progress into the next round but with the away goals rule now ditched, the Swiss side can't expect a victory in Slovakia to be enough.

Youngs Boys have won both of their previous two encounters with Slovan Bratislava, which arrived in the Europa League back in 2014. The Swiss side claimed 5-0 and 3-1 wins in those games and we're backing Young Boys to secure another victory on Wednesday night. The hosts lost their last game against Shamrock Rovers 2-1 but had done enough in the 1st leg to progress, while Young Boys have won three of their last five fixtures in all competitions.

Both teams scored when these two sides last met and we're expecting more of the same on Wednesday. Two of Slovan Bratislava's last three matches have ended with both teams getting on the scoreboard and the same can be said for three of Young Boys' last five matches, so you can see why we're backing goals for both teams this Wednesday.

Each of the previous two encounters between Slovan Bratislava and Young Boys ended with over 2.5 goals being scored and we're predicting another action-packed 90-minutes between the pair. Two of the host's last four fixtures have seen at least three goals being scored, as have three of Young Boys' last five outings.

Slovan Bratislava only just made it through to the 2nd Round of Qualifying after narrowly defeating Irish side Shamrock Rovers 3-2 on aggregate. The Slovakians secured a 2-0 win at home and came close to being taken into extra time in the reverse fixture as they found themselves two goals down with less than 20-minutes left on the clock. However, a goal from Weiss proved enough to secure an aggregate victory for Slovan Bratislava.

Young Boys earned a bye into the 2nd Qualifying Round but in their last two friendlies, they beat Feyenoord 2-0 and drew 2-2 with Ligue 1 side Strasbourg, decent preparation ahead of a potentially tricky European tie. History suggests that Young Boys are the most likely of the two sides to progress into the next round having beaten Slovan Bratislava in the pair's two previous meetings. 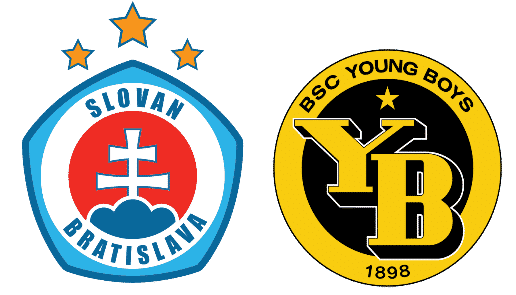