Napoli vs Sassuolo: The Predictions

Napoli are relying on Inter and AC Milan dropping points in their final few games of the season if they are going to clinch the Serie A title from under either side's nose. This weekend, Mid-table Sassuolo provide the opposition for what should be an open, attacking and entertaining 90-minutes of football.

Both teams have scored in four of the last six league meetings between these two clubs, and we're expecting more of the same from Saturday's clash. Each of Napoli's last six outings, all in Serie A, have ended with both teams finding the back of the net while five of Sassuolo's last six matches have ended the very same way, adding further weight to our prediction.

As far as a final scoreline is concerned, we're backing Napoli to edge out their guests and claim a 2-1 victory. As well as having the home advantage, Napoli have won three of their last seven meetings with Sassuolo in all competitions, only losing once during that period. The hosts have won three of their last six league games and not managed to keep a clean sheet during that period, while three of Sassuolo's last four matches have produced 2-1 scorelines, two of which ended in defeat.

All you need to know ahead of Napoli vs Sassuolo

The title seems beyond Napoli at this point

Napoli made the trip to Empoli expecting to secure all 3pts against the bottom half of the table club. However, despite going 2-0 up through Mertens and Insigne, Napoli lost the game 3-2 conceding three goals in the last 10-minutes of the match. Results like that are why Napoli will probably miss out on the Serie A title this season, such a shame as they made a fantastic start to the campaign.

The home advantage wasn;t enough for Sassuolo as they slipped to a narrow 2-1 defeat against Champions League-chasing Juventus. Raspadori put the home side in front after 38-minutes but Dybala equalised right on the stroke of half-time and Moise Kean scored a rare goal 2-minutes from time to earn Juve their victory. Sassuolo could still finish in the top half but have some work to do as Verona hold a 3pts lead over them as things stand.

Napoli: Elmas, Lobotka and Di Lorenzo are the three main injury concerns for the hosts.

Sassuolo: Jeremy Toljan and Abdou Harroui look set to miss the trip to Naples this weekend due to injury, while Kiriakopoulos is suspended.

Napoli vs Sassuolo – Your Questions 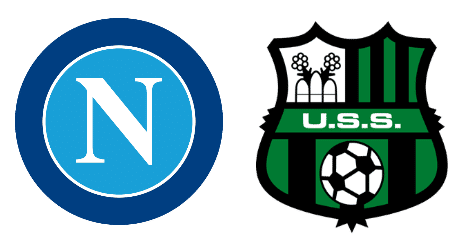