Sassuolo will be looking for a response following their heavy home defeat in Serie A last time out when they play host to struggling Genoa on Thursday. The visitors currently sit in the relegation zone and even a win against Sassuolo wouldn't be enough to lift Genoa out of the bottom three this week.

We're backing both teams to score on Thursday as they have done in six of the last seven league meetings between Sassuolo and Genoa, including their last encounter in October. Both teams have also scored in five of Sassuolo's last six league games as well as in two of Genoa's last three Serie A games, so you can see why we're not backing either side to keep a clean sheet in this game.

Over 2.5 goals have been scored in six o0f the last seven head-to-heads between these two clubs and we're expecting more of the same on Thursday. At least three goals have been scored in each of Sassuolo's last six matches while three of Genoa's last six games have also witnessed at least three goals scored and on each of those occasions, Genoa have lost.

Sassuolo the favourites to secure all 3pts

Sassuolo would have been expecting a competitive game at home to Bologna last time out but they wouldn't have expected to get thrashed. The visitors scored twice in the first half and once in the second without reply to secure a comfortable 3pts. That result leaves Sassuolo sitting 13th in the table but a win this week could take them onto the same points as 9th-placed Empoli and get their season back on track.

Genoa, desperate for points, played host to high-flying Atalanta in their last game of 2021 and managed to come away with a decent point to show for their efforts. The game ended goalless and Genoa remain in the relegation zone with 11pts from 19 matches and 5pts adrift from safety. Winning home games is going to be key to Genoa's chances of staying up this season and getting the odd point on the road will be handy.

Sassuolo: Goldaniga, Djuricic, Obiang and Romagna are all concerns for the hosts this week.

Genoa: Serpe, Vanheusden, Criscito, Rovella, Caicedo and Fares could all miss the trip to Sassuolo through injury or COVID-19 restrictions. 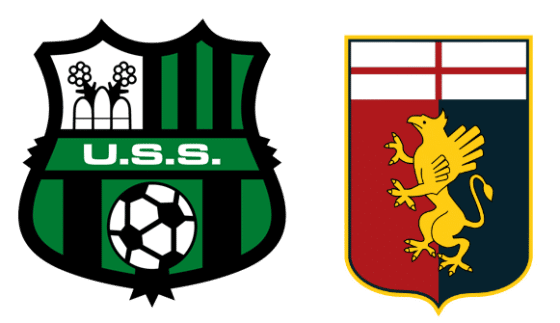