We're expecting a close game in Serie A's nighttime match between Sassuolo and Fiorentina this Saturday. Both teams head into the game on the back of impressive results last weekend and confidence is bound to be high in both camps.

We're backing this game to end in a draw just as it did when Fiorentina played host to Sassuolo back in December. Three of the last seven meetings between these two clubs have ended in score draws, while two of Sassuolo's last four league games have ended all square and Fiorentina recently drew 1-1 at struggling Cagliari.

Both teams have scored in six of the last seven league meetings between Sassuolo and Fiorentina, and we're predicting more of the same on Saturday. Three of Sassuolo's and three of Fiorentina's last five outings in league and cup have also produced goals at both ends of the pitch, so you can see why we don't rust either side to keep their clean sheet intact this weekend.

Fiorentina hoping to move into the European places with a win

Sassuolo stunned everyone last weekend when they managed to secure a 2-0 victory at title-challengers Inter Milan. Raspadori opened the scoring for the visitors in the 8th-minute and before the half-hour mark, Sassuolo were 2-0 up thanks to Scamacca. The visitors kept Inter Milan at bay in the second half and that result saw the mid-table club move into 11th spot and onto the same points as Torino.

Fiorentina already had a recent Coppa Italia win against Atalanta in their bag and probably headed into the pair's weekend Serie A clash in great spirits. The first half was tight and tense and ended goalless but 11-minutes into the second forty-five, Vlahovic's replacement, Piatek, opened the scoring with what turned out to be the only goal of the game. Piatek is settling well into life back in Italy after his disappointing spell at AC Milan and so far the Fironetina fans are absolutely loving him.

Sassuolo: Filip Djuricic could miss the game against Fiorentina with a hamstring injury.

Fiorentina: Lucas Torreira is the main injury concern for the visitors this weekend. 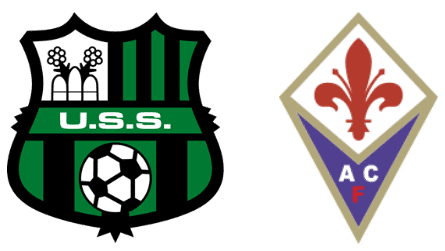