These two sides both have 12pts on the board and a goal difference of -3, but Sandefjord sit one place above Tromso in 10th and have a game in hand over this weekend's guests. We're expecting a close and competitive 90-minutes between two very evenly matched Eliteserien sides.

The last meeting between Sandefjord and Tromso ended in a 1-1 draw and on that occasion, Sandefjord were the hosts. Sandefjord have been inconsistent of late, picking up three wins and three defeats from their last six competitive matches, while four of Tromso's last five outings in league and cup have ended in stalemates. With both teams so evenly matched so far this season, we're backing Sunday's clash to end in a stalemate.

We're backing both teams to find the back of the net this weekend, just as they have done in four of their last six encounters in the Eliteserien. Four of Sandefjord's last six outings have produced goals at both ends of the pitch and the same can be said for five of Tromso's last six matches, including friendlies, so you can see why we're not predicting either side to keep their clean sheet intact on Sunday.

Sandefjord made the trip to Viking last time out where they fell behind in the 44th-minute. However, a solid second-half display from the visitors produced an equalising goal from Ofkir in the 61s-minute and a winning goal from Tveter 10-minute later as Sandefjord turned the result in their favour.

Tromso were at home to Hausgsund last weekend where a tight and tense first half ended goalless. An early penalty in the second forty-five handed Haugesund the lead and looked likely to be the winning goal until the 89th-minute when Nilsen forced home an equaliser for Tromso and the scoreline ended 1-1.

Sandefjord: Sander Risan Mørk has a broken foot and is not expected back in full training until September.

Tromso: the visitors have a clean bill of health and no suspended players ahead of the trip to Sandefjord.

FAQ for Sandefjord vs Tromso 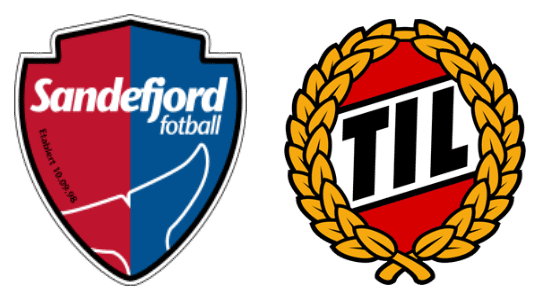