Sampdoria have lost their last five games in all competitions and remain dangerously close to the relegation places in Serie A. This weekend, Sassuolo hope to take advantage of Sampdoria's poor form and secure three more points in their efforts to finish in the top half of the table.

We're backing Sassuolo's top scorer Berardi to add to his 10 Serie A goals this weekend when Sassuolo go up against a Sampdoria side with a leaky defence. The Italian international has found the back of the net in five of his last nine appearances for Sassuolo in all competitions.

Can Sampdoria bring an end to their losing streak?

Sampdoria had hoped to put an end to their losing streak when they made the trip to Spezia last time out. However, despite going in at the break goalless, Spezia opened the scoring in the 69th-minute through Verde and that goal proved enough to win the game. Sampdoria now sit 16th in Serie A and are just 3pts above the relegation zone. Venezia sit one place below Sampdoria but have a game in hand, so if their poor form continues Sampdoria could find themselves in the bottom three before long.

Torino had the home advantage over Sassuolo in the pair's last outing in Serie A and the home side took the lead through Sanabria in the 16th-minute and lead at the break. The game appeared to be heading for a defeat but Sassuolo created one great chance late on which Raspadori converted to seal a share of the spoils for the visitors. Sassuolo sit 9pts clear of Sampdoria as things stand and should be confident in their ability to widen that gap this weekend.

Sampdoria: Ekdal is suspended, while Quagliarella, Yoshida, Colley and Damsgaard could also miss out.

Sassuolo: Rogério is suspended and Henrique, Traorè, Djuricic and Obiang look set to miss out as well. 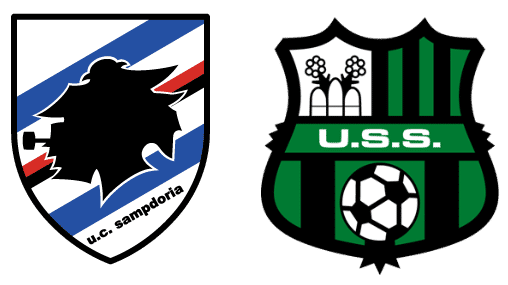