Our Top Tips for Lazio vs Sampdoria

A win this weekend could take Lazio above their local rivals Roma in the Serie A table with the pair set to battle it out over 5th-place in the final three league games. Sampdoria are still to secure their Serie A status this season so have plenty of motivation for the points this weekend.

Lazio have secured five wins from their last six league meetings with Samprodai and over 2.5 goals have been scored in six of the duo's last seven head-to-heads. The hosts have also picked up three wins from their last five league games and over 2.5 goals have been scored in five of Lazio's last six matches. Sampdoria have lost three of their last five games in Serie A and head into Saturday's clash as the clear underdogs.

Ciro Immobile has had another fantastic season in Serie A for Lazio, scoring 27-goals to date. We're backing the 32-year-old to add to his goal tally this weekend as he heads into the game on the back of 8-goals in his last nine league games for the hosts, so the Sampdoria defence had better watch out.

Lazio vs Sampdoria: The Facts & Figures

Lazio could move above Roma this weekend

Lazio were away at Spezia last weekend where the pair produced a 7-goal thriller. Spezi took the lead on three occasions during the 90-minute yet still ended up on the end of a defeat. Immobile scored the visitor's first equaliser from the penalty spot in the 33rd-minute and an own goal from Provedel made it 202 early in the second half. Milinković-Savić made it 3-3 in the 68th-minute and in the last minute of the 90, defender Acerbi won the game for Lazio.

Sampdoria faced a must-win home game against Genoa last time out, as a defeat would have dragged the hosts back into the thick of a relegation battle. Sabiri put the home side in front in the 25th-minute with what turned out to be the only goal of the game. Sampdoria really needed that win but they are completely out of danger just yet and would love to avoid defeat on Saturday away at Lazio.

Lazio: Pedro Rodriguez is a slight concern for the hosts due to a calf strain.

Sampdoria: Manolo Gabbiadini is the major injury concern for the visitors this weekend. 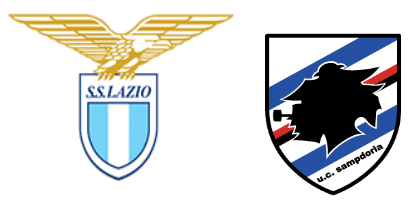