The Serie A title is due to be decided on the final day of the season, 22nd May, and all Inter Milan can do is win their match at home to Sampdoria and hope that AC Milan fail to win away at Sassuolo or the title will be heading to their local rivals.

Inter Milan & Both Teams to Score

Inter Milan have won five of their last seven league meetings with Sampdoria and both teams have scored in each of the pair's last six head-to-heads. Both teams have also scored in each of Inter Milan's last six fixtures as well as in three of Sampdoria's last five outings but Inter are the clear form favourites with six wins from their last seven matches in all competitions.

Martinez has had a fantastic season in front of goal for Inter Milan, netting 21-goals in Serie A alone. The 24-year-old Argentine striker has scored 9-goals in his last nine matches in all competitions and is enjoying his best form of the season, so you can see just why we're backing him to score against Sampdoria this weekend.

Everything you need to know about Inter Milan vs Sampdoria

Inter Milan got the job done away at struggling Cagliari last time out, taking the lead through full-back Darmian in the 25th-minute. Martinez got on the scoresheet early in the second half but Cagliari pulled a goal back just moments later. Martinez wrapped up the 3pts with 6-minutes left on the clock making the final scoreline 3-1 to Inter. Inter trail AC Milan by 2pts heading into the final game of the season and have to hope that Sassuolo do them a favour on Sunday.

Sampdoria put in one of their best performances of the season to defeat Fiorentina at the Stadio Comunale Luigi Ferraris. Ferrari put the home side in front after just 16-minutes and veteran striker Quagliarella made it 2-0 before the break. In the second half, Thorsby added a third goal to put the result beyond doubt and Sabiri made it 4-0 7-minutes from time. Fiorentina converted a late spot-kick to make it 4-1 not that the Sampdoria fans cared.

Inter Milan: the hosts have a clean bill of health ahead of their final day of the season title decider.

Sampdoria: Stefano Sensi and Manolo Gabbiadini are the main injury concerns for the visitors, while Colley is suspended.

Inter Milan vs Sampdoria – Your Questions 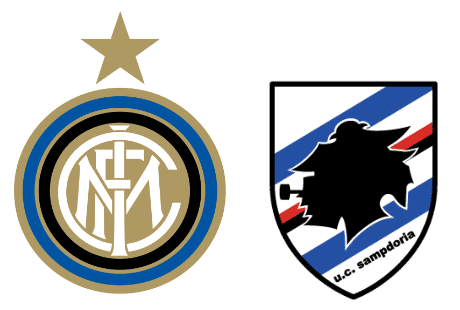