Sampdoria will be on the hunt for a much-needed 3pts this weekend as they look to put some more distance between themselves and the relegation zone. Empoli have enjoyed their return to Serie A this season and currently sit 8pts and five positions ahead of Samprodia in the league table.

We're backing both teams to score on Saturday just as they have done in four of the last seven league meetings between Sampdoria and Empoli. Sampdoria have only managed to keep one clean sheet in their last six attempts, while both teams have scored in five of Empoli's last six outings in league and cup.

All you need to know about Sampdoria vs Empoli

Sampdoria always knew that a trip to the San Siro to face AC Milan was going to be tricky but it was made even tougher when Leao opened the scoring for the hosts in the 8th-minute. Sampdoria couldn't carve out an equaliser during the remaining 82-minutes and that solitary goal proved enough to win the game for the home side. Sampdoria sit two places and 2pts above the drop zone heading into the next round of fixtures, making a win vital this weekend.

Empoli took the lead at home against Cagliari in the 38th-minute through top scorer Pinamonti but failed to add to their tally and it ended up costing the hosts a victory. Cagliari always carried a threat going forward and managed to equalise through Pavoletti with 6-minutes left on the clock. Even with the disappointment of that draw, Empoli sit 11th in the table and could move into the top 10 if they better Torino's result against Juve.

Sampdoria: Manolo Gabbiadini, Maya Yoshida and Mikkel Damsgaard are all doubts for this weekend's game.

Empoli: Riccardo Marchizza and Sebastiano Luperto are the two main injury concerns for the visitors. 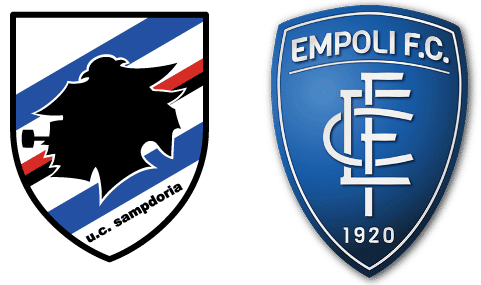