Top free betting tips and odds for Salzburg vs Liverpool

After wins over Crystal Palace and RB Leipzig, Liverpool takes on the challenge of RB Salzburg at the Red Bull Arena. The Austrians enjoyed success in their opening Bundesliga outing and will pose a threat to the Reds.

The gulf of quality between Salzburg and Liverpool will be on the highlight in this meeting. Salzburg has had success in domestic outings but were found lacking against teams of a higher calibre. Ajax defeated them in a close five-goal thriller and Jurgen Klopp's men will surely add to their miseries. The Reds have not lost to their Austrian counterparts in three engagements and given their form, the trend will not buckle in their latest engagemnt.

The last time Liverpool arrived in Salzburg, it finished all square as they shared four goals with their rivals. They arrive in this meeting after a comprehensive 5-0 victory over sister club RB Leipzig. On the other hand, Die Roten Bullen have scored 8 goals in their last three outings and will be confident in taking the game to their rivals.

Salzburg vs Liverpool: Check out the best odds and the latest stats

Salzburg vs Liverpool: Check out the team lineups

Matthias Jaissle will go up against tactical genius in Jurgen Klopp. He has a lot to prove, belying his 34 years of age and in charge of a top European club. His side has impressed with 3-0 wins in the OFB Cup and the Austrian Bundesliga, but a meeting with the losing Champions League finalists is a task in a different stratosphere.

A 4-0 defeat to Manchester United in their opening preseason outing jolted Liverpool. The Reds have since been on a tear, getting past Crystal Palace and RB Leipzig with clean sheets to boast. Their cannons are now pointing towards Red Bull Salzburg. The Red Bull Arena will be buzzing with excitement and Jurgen Klopp's men will have to ensure they do not lose their way against the Austrians.

Questions About Salzburg vs Liverpool 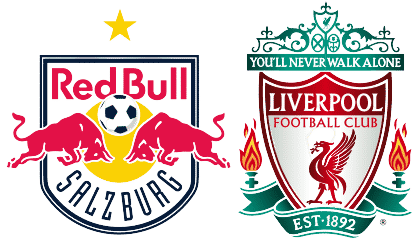 Where is the game being televised? Arena Sport (Svn), Sport TV (Por), and Viaplay.