Amazingly, with four games left to play, Salernitana could move out of the relegation zone in Serie A this week when they play host to Venezia. The visitors sit bottom of the table heading into Thursday's huge class in Italy's top-flight but could move to within a point of Salernitana with a win.

Bonazzoli, on loan from Sampdoria for the season, top scores for Salernitana in the league this season with 8-goals and we're backing the Italian striker to find the back of the net against Venezia this Thursday. Bonazzoli has scored in three of Salernitana's last four home games and you simply wouldn't bet against the 24-year-old scoring against the out-of-form visitors this week.

Salernitana will move out of the relegation zone with a win

Salernitana were chasing a fourth straight league win on Monday when they made the trip to Atalanta. A goal from Ederson in the 27th-minute put Salernitana in front and looked like it might be enough to seal all 3pts until the 88th-minute when Pasalic equailsed for the hosts. A point gained is nothing to feel down about and Salernitana will take plenty of confidence into Thursday's clash with Venezia knowing that a win would lift them out of the relegation zone with just three games left to play.

Venezia really needed to get something away at Juventus despite the odds being against them. It didn't look good for the visitors when after just 7-minutes Bonucci made it 1-0. However, in the second half, Venezia did manage to get back onto level terms through Aramu but the home side replied with a goal of their own soon after, Bonucci scoring his second of the game to make the final scoreline 2-1 to Juve.

Salernitana: Joel Chukwuma Obi and Mamadou Coulibaly look set to miss out on Thursday due to injury. 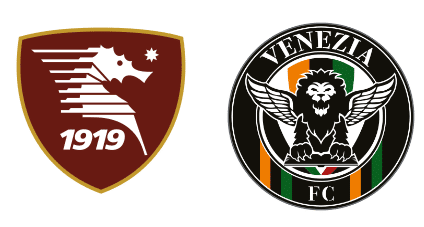