Empoli are safe from relegation and have little left to play for in Serie A this season but pride. Salernitana arrive this weekend looking for the win that could confirm their place in Italy's top flight for another season, as long as results elsewhere go in their favour.

We're backing both teams to score on Saturday just as they did when these two sides locked horns in October. Both teams have also scored in each of Empoli's last four outings in Serie A while five of Salernitana's last six fixtures have produced goals at both ends of the pitch, adding plenty of weight to our prediction for Saturday's clash.

At least three goals have been scored in four of the last seven league meetings between Empoli and Salernitana, and we're predicting more of the same this weekend. Each of Empoli's last four matches have witnessed at least three goals scored, including a heavy 4-2 defeat at Inter Milan last time out. Three of Salernitana's last six games have produced over 2.5 goals and on each of those occasions, the scoreline has ended 2-1.

All you need to know ahead of Empoli vs Salernitana

A win could keep Salernitana in Serie A for another season

Empoli must have fancied their chances away at Inter Milan following a goal from Pinamonti in the 5th-minute and another from Asllani in the 28th-minute that handed the visitors a 2-0 lead at the San Siro. However, An own-goal from Romagnoli and a strike from Martinez made the half-time scoreline 2-2 and in the second forty-five, Martinez added a third and Sachez bagged a fourth to make the final score 4-2 to Inter Milan.

Salernitana would have been expecting all 3pts when they played host to Cagliari but had to settle for a share of the spoils in the end. The first half was tight and tense, ending goalless, but Salernitana took the lead from the penalty spot thanks to Verdi in the 68th-minute. The hosts looked like they had done enough to win the game only for Altare to equalise in the 9th-minute of time added on to silence the home fans.

Empoli: Lorenzo Tonelli and Nicolas Haas are both rated as doubtful to feature this weekend.

Salernitana: Mamadou Coulibaly is the main injury concern for the visitors ahead of the trip to Empoli. 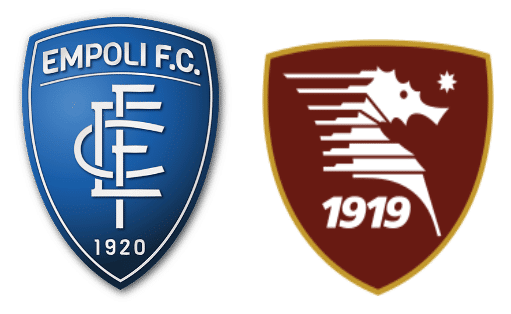