Salernitana could lift themselves off the bottom of the Serie A table this weekend if they can find a way to beat Bologna. The visitors sit eight places and 17pts clear of Salernitana as things stand and head into the game as the bookmaker's favourites to secure all 3pts.

Both teams scored when these two sides met for their reverse league fixture back in August where Bologna ran out 3-2 winners. Five of Salernitana's and three of Bologna's last six outings in Serie A have ended with both teams getting on the scoreboard, so you can see why we're not backing either side to keep a clean sheet on Saturday.

Bonazzoli, formerly of Inter Milan, top scores for Salernitana in Serie A this season with 6-goals, and we're backing the 24-year-old striker to find the back of the net against Bologna this weekend. Bonazzoli has scored in each of his last three appearances for Salernitana and looks really confident in front of goal right now so if anyone is going to score for the hosts this weekend, then it's him.

Can Salernitana maintain their unbeaten run?

Salernitana played host to the league leaders AC Milan last time out where nobody gave them a chance of coming away with anything but another defeat. The pundits looked like they were going to be proved right when Messias opened the scoring for AC Milan in the 5th-minute but Bonazzoli equalised just shy of the half-hour mark and the teams went in level at the interval. In the second half, Duris put Salernitana in front against the run of play but Rebic equalised soon after. However, Salernitana managed to hold out for an unexpected draw and are now unbeaten in their last three fixtures.

Bologna went behind in the 11th-minute at home to Spezia on Monday night but managed to equalise before the break through Arnautovic and the very same player went on to score the home side's winning goal 6-minutes from time. Bologna moved into 12th-place with that result and could move back into the top ten with another win this weekend.

Salernitana: Radovanovic, Perotti, Ribéry, Ruggeri, Verdi, Schiavone and Coulibaly could all miss out this weekend due to injur or illness.

Bologna: Michael, Santander and Dominguez are the three main injury concerns for the visitors. 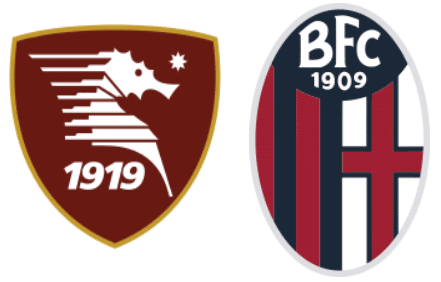