Atalanta are struggling to mount pressure on the teams above them but remain in the hunt for European football. Salernitana once looked dead and buried this but now they are back and fighting for their Serie A status, searching for a fourth straight league win this weekend.

Salernitana earned a draw the last time they made the trip to Atalanta back in 2004 and while they head into Monday's clash as the underdogs, we feel that the visitors will take something from the game. Salernitana have won their last three league games against Fiorentina, Udinese and Sampdoria, two of which were away from home. Atalanta have lost three and drawn two of their last six matches in all competitions, so don't be surprised if they drop points against Salernitana.

There is a great chance that we will be treated to goals at both ends of the pitch this Monday. Both teams have scored in five of Atalanta's and three of Salernitana's last six outings in league and cup, while the hosts have only failed to score in one of those six matches and Salernitana have found the back of the net in each of their last four fixtures.

All you need to know ahead of Atalanta vs Salernitana

Salernitana looking for a fourth straight win this weekend

Atalanta played out an epic 4-4 draw at home to Torino in midweek but will have been disappointed to miss out on a victory as they chase European qualification. Atalanta went behind in the 4th-minute but goals from Muriel (penalty) and de Roon put the hosts 2-1 after 23-minutes. The pair went in level at the break when Lukic converted a spot-kick for the visitors and the very same player made it 3-2 from the penalty spot again in the second half. An own goal from Freuler looked to have handed Torino all 3pts only for Pasalic to pull a goal back in the 78th-minute and Muriel to convert his second spot-kick of the game 6-minutes from time to make the final scoreline 4-4.

Salernitana got off to the perfect start at home to Fiorentina last weekend, taking the lead in the 9th-minute via Duric. The visitors got back onto level terms in the 64th-minute but Salernitana responded well and got back in front in the 79th-minute with what turned out to be the final goal of the game from Bonazzoli.

Atalanta: Pezzella and Maehle both look set to miss Monday's match through injury.

Salernitana: Coulibaly and Mousset are the main injury concerns for the visitors. 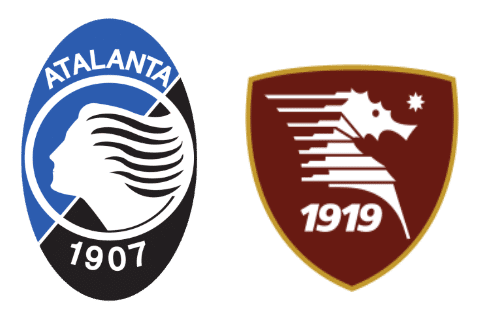