AC Milan to the Serie A table by a solitary point and have played one more game than their nearest rivals, Inter Milan, so this weekend's visitors can't afford to drop points against the bottom side in the division.

At least three goals have been scored in two of the last three meetings between these two clubs and we're expecting more of the same on Saturday. Four of Salernitana's last five matches have produced over 2.5 goals while four of AC Milan's last six outings in all competitions have witnessed at least three goals scored, so you can see why we're predicting goals this weekend.

AC Milan have won their three previous encounters with Salernitana, including a 2-0 victory when the pair met at the San Siro in December. Both teams have scored in four of Salernitana's last five fixtures and AC Milan have won four of their last six outings in league and cup with both teams scoring in three of those games.

Salernitana were away at Genoa last time out where they fell behind in the 32nd-minute to a goal from Destro. However, in first-half stoppage time, Salernitana got back onto level terms through Bonazzoli and with the second forty-five failing to produce any further goals, the game ended in a stalemate. Salernitana remain bottom of the table but could move above Genoa this weekend if they can find a way to beat AC Milan and providing Genoa lose their game.

AC Milan needed just one goal to defeat Sampdoria at the San Siro in what was a much closer game than many expected. The hosts scored the all-important goal 8-minutes into the match through Leao and moved to the top of the table as a result. AC Milan only have a 1pt lead in the race for the Serie A title and second-placed Inter Milan have a game in hand, so this weekend's guests can't afford to drop any points.

Salernitana: Andrea Schiavone and Mamadou Coulibaly are the main injury concerns for the hosts this weekend.

AC Milan: Theo Hernandez is suspended, while Matteo Gabbia and Zlatan Ibrahimovic could miss the game through injury.

Your Questions for Salernitana vs AC Milan 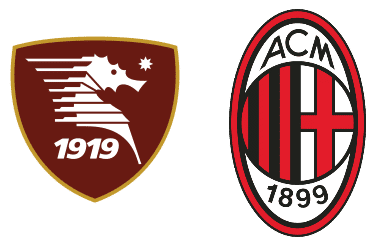