Torino could finish 9th in the Serie A table this season if they can find a way to beat Roma on Friday 20th May and results elsewhere this weekend go in their favour. The visitors have an upcoming Conference League final against Feyenoord 5-days after the trip to Torino, so we're not expecting Roma to take any risks with their team selection.

Under 2.5 goals were produced when these two sides met for their reverse league fixture earlier in the season, and we're expecting another low-scoring affair on Friday night. Four of Torino's last seven matches have witnessed fewer than three goals scored while each of Roma's last five outings have produced under 2.5 goals, adding further weight to our prediction for Friday night's clash.

Torino made the trip to Verona last weekend where one goal proved enough to decide the destination of all 3pts. Brekalo forced the ball home in the 19th-minute to hand Torino the lead after good work from Vojvoda who claimed the assist. Torino kept things tight in the second half and did well to secure a win against a Verona side who now only sit 2pts ahead of them heading into the final round of fixtures.

Roma were the big favourites to beat Venezia at the Stadio Olimpico but decided to rest a number of first-team regulars ahead of the Conference League final. Venezia needed a win and took the lead inside the opening minute through Okereke but then had Kiyine sent-off just after the half-hour mark and that changed the game. Roma got back onto level terms in the 76th-minute through Shomurodov and the game ended all square, ending Venezia's short return to Serie A.

Torino: Buongiorno, Singo, Sanabria, Zaza and Fares all look set to miss out on Friday night through injury.

Roma: Nicolò Zaniolo and Henrikh Mkhitaryan are the two main injury concerns for the visitors.

Q&A for Torino vs Roma 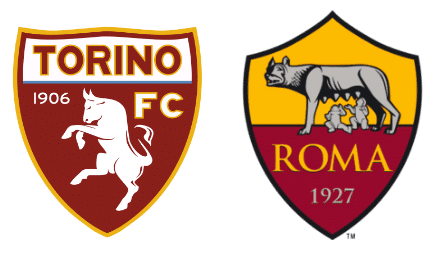