Two positions and 9pts separate 3rd-placed Napoli from 5th-placed Roma in the Serie A table and there is a good chance that that points gap will increase over Easter as Napoli have the home advantage on Monday evening and Roma have a European tie to complete before they can turn their attention to this game.

Four of the last seven league meetings between these two great Italian clubs have produced goals at both ends of the pitch, and we're expecting more of the same on Monday. Five of Napoli's last six outings in Serie A have seen both teams score while both teams have found the back of the net in four of Roma's last six outings in all competitions, so you can see why we're not expecting any clean sheets in this game.

At least three goals have been scored in four of the last six head-to-heads between Napoli and Roma, so there is a good chance that we will be treated to lots of goalmouth action this Monday. Five of Napoli's last six outings have witnessed at least three goals scored and three of Roma's last four fixtures have produced over 2.5 goals, adding further weight to our prediction for Monday's clash.

Napoli were left stunned and disappointed by their last result in Serie A. Despite having the home advantage over Fiorentina, the home side suffered defeat in a 5-goal thriller. Fiorentina took the lead in the 29th-minute but Mertens equalised for the hosts shortly before the hour mark. The visitors responded well to being pegged back and retook the lead 8-minutes later and then went 3-1 in front in the 72nd-minute. Napoli did manage to pull a goal back in the 84th-minute through Osimhen to set up a nervy end to the game for the visitors but Fiorentina held on to secure all 3pts.

Roma probably expected a more straightforward victory in their last game at home to bottom of the table Salernitana, but they did manage to secure all 3pts at the end of the day. The visitors took the lead in the 22nd-minute and looked like they might pull off a shock victory. However, a goal from Perez in the 81st-minute made it 1-1 and then Smalling snatched a win for Mourinho's men with 5-minutes of the 90 remaining.

Napoli: Malcuit, Di Lorenzo, Ounas and Petagna are all injury concerns for the hosts this weekend.

Roma: the visitors have no fresh injury concerns or suspended players ahead of the trip to Naples. 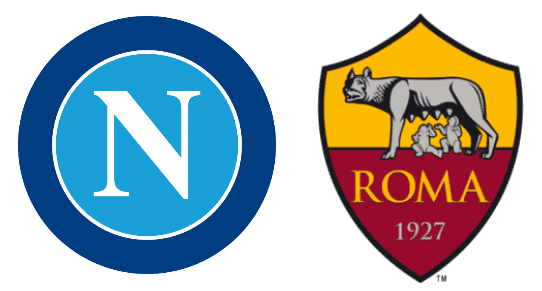