The second Rome derby of the season is upon us and Roma will be looking to get one over on their local rivals Lazio after losing the last meetings between the pair 3-2 in September. The two sides are only separated by 1pt and two places in the Serie A table, so we're expecting a close and competitive 90-minutes at the Stadio Olimpico on Sunday.

Both teams have scored in four of the last seven league meetings between these two arch-rivals, and we're predicting goals at both ends of the pitch this weekend as well. Three of Roma's last five league games have seen both teams score while four of Lazio's last six outings in all competitions have also ended with both teams scoring.

In terms of a final scoreline, we're backing Sunday's derby match to end in a 1-1 draw. Both teams have played to a very similar standard so far this season and two of the pair's last five head-to-heads in Serie A have finished 1-1. Three of Roma's last five league games have also ended in score draws, the most recent of which arrived against Udinese last weekend. Two of Lazio's last five matches have also ended in score draws, adding further weight to our prediction for a 1-1 draw on Sunday.

Everything you need to know about Roma vs Lazio

Tight and tense 90-minutes expected in the Rome derby

Last weekend, Roma made the trip to Udinese where Mourinho's men went behind in the 15th-minute. As the time ticked away, it looked like Roma might slip to a 1-0 defeat until Pellegrini converted a stoppage-time penalty to rescue Roma a point at the death. Following that result, Roma sit 7th in the Serie A table but a win on Sunday could take them into the top five.

Just the one goal was scored when Lazio played host to Venezia last time out. Immobile converted a 58th-minute penalty which turned out to be enough for Lazio to defeat their relegation-threatened guests. Lazio sit 7pts behind Juventus as things stand but a strong finish to the campaign could see the club challenge for a spot in the Champions League.

Roma: Mkhitaryan misses out through suspension and Spinazzola is unlikely to make it back from injury in time to feature.

Lazio: Danilo Cataldi is the main injury concern for the visitors this weekend.

Roma vs Lazio – Your Questions 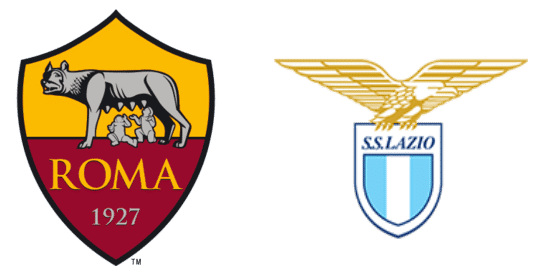