Free Predictions for Juventus vs Roma

Juventus and Roma have both made unbeaten starts to the new Serie A season but whereas Juve have picked up 4pts, Roma maintain a 100% record. We're expecting a close and competitive 90-minutes in Turin between two of the teams that will be hoping to challenge for the title this season.

Roma have made a good start to the new season, picking up wins in each of their opening two fixtures and we're backing the visitors to avoid defeat once again this weekend. Roma don't have the best of recent records against Juve but did secure a 3-1 win at this stadium back in 2020. The hosts have a lot of injuries to key first-team players at the moment, particularly their creative forces which explains why they could only draw 0-0 away at Sampdoria last time out. Those missing players will surely give Roma the edge as Mourinho's side are hard enough to score against when you have all your attacking players available.

Dybala joined Roma in the summer on a free transfer from Juventus and we're backing the Argentinian striker to score against his old club this weekend. The Roma forward has featured in both of his sides' opening two matches but is yet to score his first goal for the club and how often do we see a former player return to haunt his former employers? Dybala scored 10-goals in Serie A last season in 26 starts and will be desperate to get one over on Juventus this weekend.

Can Roma maintain their 100% start to the season?

Juventus lacked creativity in their game against Sampdoria last time out. The visitors started with a front three of Cuadrado, Vlahovic and Kostic, and the three central midfielders behind them offered very little going forward. The hosts Sampdoria defended well and deserved their point but Juve will be in for a much tougher test at home to Roma this weekend.

Roma put in a very typical ‘Mourinho' style performance at home to Cremonese to make it two wins from two last weekend. The first half ended goalless as Cremonese setup well to deal with the threat of the Roma forwards. The first goal was always going to be crucial and it looked like it might come from a set-piece which it did. Defender Chris Smalling fired Roma in front in the 65th-minute and despite the best efforts of the visitors, the home side kept a clean sheet and secured all 3pts.

Juventus: Di Maria, Arthur, Szczesny, Correia, Aké, Pogba, Jorge and Chiesa all look set to miss the game against Roma due to injury.

Roma: Nicolò Zaniolo, Georginio Wijnaldum and Ebrima Darboe could all miss out this weekend through injury. 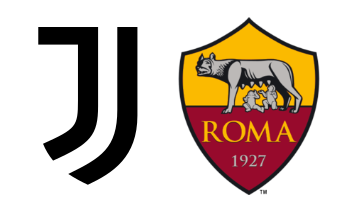