Inter Milan remain hot on the tails of Local-rivals AC Milan and table-toppers Napoli in the race to win the Serie A title. Jose Mourinho goes up against one of his former clubs this weekend a Roma look to reduce the points gap between themselves and the top 4 with a win at home to Inter Milan.

Inter Milan claimed a 3-1 win when these two sides last locked horns back in May and we're backing the visitors to secure all 3pts this weekend as well. Roma have lost two of their last four league games, while Inter are unbeaten in their last six matches in all competitions, picking up five wins during that period.

History tells us that there is a great chance we will see both teams score on Saturday as that is the way five of the last six league meetings between these two clubs have ended. Roma have only failed to score in one of their last six matches in all competitions and both teams have scored in three of Inter's last six outings, so you can see why we're backing both teams to score this weekend.

Former players so often return to haunt their old clubs and this is just what we expect to happen on Saturday. Dzeko was a star for Roma before making the move to Inter Milan in the summer to replace Lukaku. The Bosnia-Herzegovina striker has scored 7-goals in Serie A alone this season and has looked like an excellent signing, so we're backing him to score on Saturday.

All you need to know ahead of Roma vs Inter Milan

Roma travelled to Bologna in midweek and ended up suffering a surprise defeat. A solitary goal in the first half from Svanberg proved enough for the home side to win the game. Mourinho needs to get more consistent performances out of this Roma side if he wants to challenge for the Champions League places. As things stand, Roma are 6pts behind 4th-placed Atalanta and could be more if Saturday's result goes against them.

Inter Milan played host to Spezia on Wednesday night and picked up all 3pts as expected. Gagliardini scored in the first half and a Martinez penalty made it 2-0 before the hour mark. Inter did what they needed to do to get that result and look full of confidence heading into this weekend's clash. 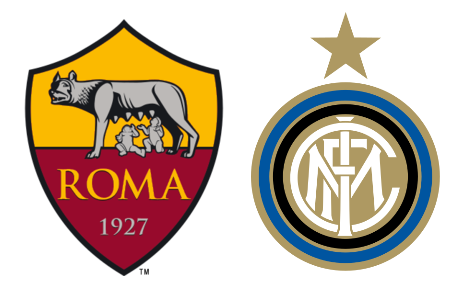