Roma sit 6th in the Serie A table and even a win this weekend won't take them up any further places as the current gap between themselves and Juventus lies at 4pts. Relegation battling Genoa provide the opposition on Saturday despite to end their winless run but like their hosts, 3pts wouldn't move them up the table.

Tammy Abraham is into double figures in his first campaign in Serie A and top scores for Mourinho's side with 10-goals. The 24-year-old England international has been in fantastic form of late, netting 9-goals in his last nine appearances for Roma in all competitions, so you can see just why we're backing the striker to score against Genoa on Saturday.

Roma would have been expecting a tricky trip to Empoli last time out but ended up winning the game in a convincing fashion. Abraham put the visitors in front in the 24th-minute and added a second in the 33rd-minute. Teammates Oliveira and Zaniolo followed up with two goals in the space of 4-minutes following Abraham's second strike to send Roma in at the break 4-0 up. In the second half, Empoli did muster up some kind of response, scoring two goals, but ultimate the damage had already been done and this game was over at the half-time whistle.

Genoa gave a decent account of themselves at home to Udinese in their last league game but still failed to take maximum points. The game itself ended goalless and both teams will have felt like it was 2pts dropped as it left genoa second from bottom and Udinese sitting in 15th position, but at least neither side lost. It's going to be hard for Genoa to get out of the relegation zone and they simply must start winning at home and picking up more points on their travels, starting against Roma.

Roma: Ebrima Darboe has only recently returned from international duty and may be rested.

Genoa: Cambiaso is suspended, while teammates Rovella and Criscito are both injury concerns for this weekend's clash. 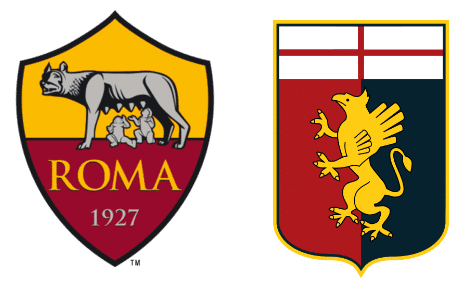