Roma will feel confident that they can maintain their 100% start to the latest Serie A campaign when they play host to newly-promoted Cremonese on Monday evening. The visitors put up a good fight in their first game against Fiorentina but still ended up losing the game after being reduced to 10-men and now face an even tougher task away against Mourinho's Roma.

Roma have won their last three encounters with Cremonese, though, the pair haven't locked horns since 1996. Mourinho's men got off to a winning start away at Salernitana last weekend, keeping a clean sheet in the process, the team's third clean sheet on the run in all competitions. While Cremonese scored twice away at Fiorentina last time out, we're expecting the visitors to struggle against a much-more organised defence.

Paulo Dybala signing for Roma on a free transfer this summer just shows how much the club have improved since Mourinho took charge. The Argentine international didn't score on his debut but we're backing him to find the back of the net in front of the Roma fans on Monday. The 28-year-old scored 10-goals in Serie A last season and his best ever total in a single campaign is 22, scored during the 2017/18 season, and Roma will be looking to get him back to his very best.

Everything you need to know about Roma vs Cremonese

Roma might not have been at their very best away at Salernitana but they did put in a very ‘Mourinho' style performance to ensure they took home all 3pts. A solitary first-half goal from Cristante proved enough for Roma to secure a win against a Salernitana side that proved hard to break down and didn't do enough with the ball in the final third.

Cremonese knew they would be in for a tough first game of the season away at Fiorentina but they almost earned a share of the spoils. Fiorentina took the lead in the 16th-minute but Cremonese responded with a 19th-minute equaliser from Okereke. The visitors conceded again in the first half and Escalante was sent-off right before the break but in the 68th-minute, Bianchetti forced the ball home to make it 2-2. It looked like the visitors might have done enough to earn a point until deep into stoppage-time when Fiorentina scored a dramatic winning goal.

Roma: Ebrima Darboe has a knee injury that looks set to keep him out of action until September.

Cremonese: Gonzalo Escalante misses out for the visitors after he was sent-off in the opening game of the season.

Roma vs Cremonese – Your Questions 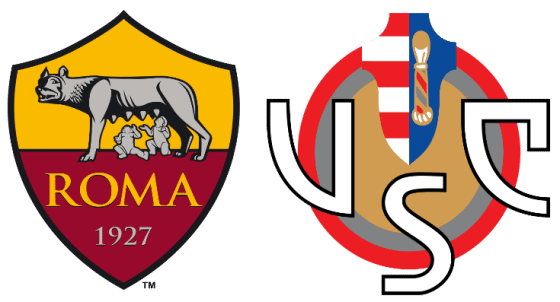