Roma to Win and BTTS

Roma and Cagliari lock horns at the Stadio Olimpico in Italy’s Serie A on Sunday. Roma are aiming to get their campaign on track against Cagliari this weekend. Read our expert predictions and find the latest odds for the game below in our match preview.

Cagliari have won only once in ten attempts on the road in Serie A this term ahead of their trip to play Roma. Find our top three predictions for the fixture below.

Roma to Win and Both Teams to Score

With a dismal seven defeats in ten fixtures on the road, Cagliari hold Serie A’s second-worst away record this season and they can be opposed with confidence again this weekend when they face a much stronger Roma outfit. Jose Mourinho’s men have kept just one clean sheet in their last eight assignments in all competitions however, and having already conceded to Cagliari this season (in the teams' reverse fixture), a shutout on Sunday seems unlikely. With that considered, we recommend coupling a home win with both teams to score at the Stadio Olimpico

Tammy Abraham is starting to look very comfortable in his new surroundings following his switch from Chelsea to Roma and the English striker has notched four times in his last four Serie A appearances, taking his total for the campaign up to eight in the process. The 24-year-old looks razor-sharp at the moment and he is available at a tempting price to prolong his purple patch against Cagliari on Sunday.

After successive defeats to AC Milan and Juventus, Roma will be determined to get back to winning ways on Sunday and anything other than a victory over struggling Cagliari will be seen as a major upset. Jose Mourinho’s men have struggled against the division’s better teams this term, though they have been ruthless against the so-called lesser sides. All but two of Roma’s last nine wins in Serie A have come against clubs from the division’s bottom half.

Cagliari enjoyed back-to-back wins for the first time this season when they followed up their victory over Sampdoria with another triumph over Bologna, and their successive successes allowed them to climb up to 18th place and to within striking distance of safety. Cagliari haven’t won at Roma since 2013 however, and they will need to muster a major upset to enhance that record on Sunday. 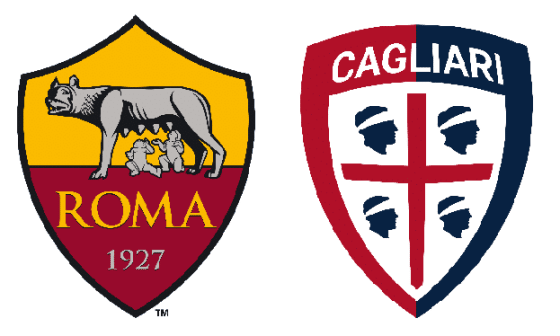 Can either team win the title this season?

Neither club will be in the mix for the Serie A title this season.

Roma are huge favourites to beat Cagliari this weekend.