Real Sociedad meet Atletico Madrid at the Reale Arena in La Liga on Saturday, September 3rd. Can Atletico win at Real Sociedad for the second season in a row? Read our free predictions and find the latest odds for the fixture below in our detailed match preview.

Both Real Sociedad and Atletico Madrid have won two of their first three matches of the new La Liga campaign ahead of their clash on Saturday. Read our top predictions for this weekend’s fixture below.

Both Real Sociedad and Atletico Madrid managed to win two of their first three assignments of the new campaign, though Sociedad’s result against the only La Liga big hitter they’ve faced so far was telling. Los Txuri-Urdin were beaten 4-1 at home by Barcelona on matchday two – an outcome that should provide a similarly strong Atletico outfit with confidence ahead of their trip to the Reale Arena. Atletico won at that venue in May and while a repeat result looks likely, we recommend siding with Diego Simeone’s charges in the draw no bet market instead.

Real Sociedad have rattled the net in each of their first three games of the new campaign and even without star striker Alexander Isak, who has been sold to Newcastle, they carry enough threat to prolong their run of scoring in successive games on Saturday. Atletico meanwhile, have scored four times in two away fixtures since the summer and they have impacted the scoresheet in each of their last five La Liga meetings with Sociedad since 2020. Those factors suggest that joy could be had by backing both teams to score this weekend.

Check out our list of the top stats for Saturday’s game below alongside a tool to help you choose the best odds.

Read all of the latest injury updates and team news for Saturday’s La Liga meeting between Real Sociedad and Atletico Madrid below.

Defender Diego Rigo Salguero is out injured with a hamstring complaint, as is attacker Carlos Fernandez. Fellow forward Martin Merquelanz will also miss Saturday's game with a knee injury. Real carved out a narrow 1-0 win at Elche in their last La Liga test.

Atletico will be without a trio of defenders for Saturday's game. Sergio Reguilon and Stefan Savic are injured, while Nahuel Molina Lucero is suspended. Atletico picked up three points in their last game at Valencia thanks to a second-half Antoine Griezmann strike. 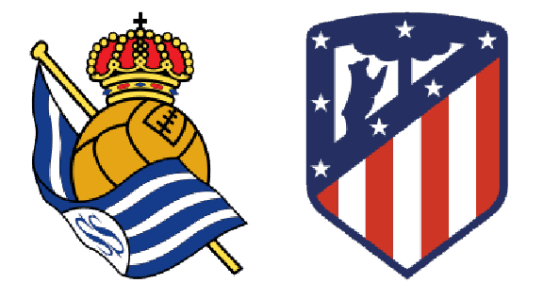 The bookmakers have priced Atletico Madrid as their favourites to win on Saturday.

Atletico Madrid beat Real Sociedad 2-1 when the teams last met in May.