After beating Shakhtar in their home in the previous meeting of UCL, Real Madrid host the Hirnyky this time for their next UCL engagement. The visitors look to extend their three-match winning streak in this match.

Here are our predictions for Real Madrid vs Shakhtar Donetsk.

Both teams have done quite well in their respective local leagues and stand in the top positions. But Shakhtar are lagging in the UEFA Champions League where they are still struggling for their first win. On the other hand, Real Madrid has won two of their three UCL group stage meetings. The Hirnyky gave a tough time to their upcoming rivals in the last season of the Champions League by winning both games but the Whites have got their confidence back against Shakhtar with a 0-5 win in the previous meeting. Hence, we base our prediction for the hosts to take over the coming rivals.

Three of the last four matches of Los Vikingos have gone over 2.5 goals and they scored a total of nine goals in those matches. Shakhtar’s attacking line also has been good enough recently that has managed to net the ball nine times in the last three games. Adding more, four of the last five meetings have followed a total of over 3.5 goals. Given all that, we expect this match to go with a high-scoring total.

Real Madrid are facing a lack of control in their front line in the home stadium. They have hit the back of the net only once in the last three home games but they have done fairly well against the Miners by scoring in four out of the last five games with them. on the other hand, also have scored in three of those matches. They are scoring from the last three matches consecutively. So we believe this match will give a BTTS outcome after the final whistle.

Real Madrid vs Shakhtar Donetsk: Check out the best odds and the latest stats

Match Preview of Real Madrid vs Shakhtar Donetsk: Los Blancos to make their home advantage count against the Miners

Vinicius Jr took the lead alone with a brace for his team against Elche and the game ended as a 1-2 win for Real Madrid. They have three wins in the last five games along with one draw and one defeat. Los Blancos are second in their UCL Group with two victories and one loss. The club boss Carlo Ancelotti will have to select the team without four players who are injured.

The miners got the back of three consecutive wins ahead of this match. They got the last victory against Desna with a 4-1 lead. But Shakhtar has nothing to show for a respectable result in the UCL where they have conceded two defeats and one draw. The right-winger Pedrinho and two other players won’t feature in the coming fixture. 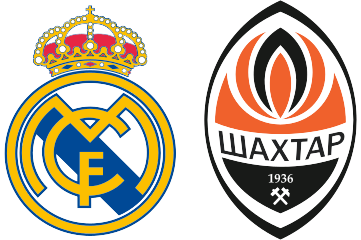 Where is the game being played? Estadio Santiago Bernabéu .