Real Madrid to Lift the Trophy

Saturday 28th May provides the date when two of European football's most successful clubs go head-to-head in the final of the Champions League. Liverpool just missed out on the Premier League crown but have secured two domestic cup titles this season and head into the final as the bookmaker's favourites to win. Real Madrid dominated La Liga this season and are chasing their 14th Champions League trophy this weekend.

Real Madrid to Lift the Trophy

Nobody has won the Champions League/European Cup more times than Real Madrid (13) and we're backing Ancelotti's men to do the business once again this weekend, despite Liverpool being the favourites with the bookmakers. Real have won each of their last four meetings with Liverpool, all of which have been in the Champions League, securing a 3-1 aggregate win over the Reds last year. Real also won the La Liga title, beating Barcelona by 13pts, and in Benzema, they have the Champions League (15) and La Liga (27) top goalscorer this season.

At the age of 34, Karim Benzema is having his best-ever goalscoring season and Real Madrid will be hoping he can fire them to European glory this weekend. The French international striker scored 27-goals in La Liga to win the Spanish Golden Boot award and has 15-goals in the Champions League this season, which will earn him the top goalscorer award in that competition as well, and with 7-goals in his last nine appearances for the Spanish giants, you can see just why we're backing Real Madrid's main man to score against Liverpool on Saturday.

Everything you need to know about Liverpool vs Real Madrid

Can Real Madrid extend their excellent run of results against Liverpool?

Liverpool ended the Premier League season with the victory they needed to stand any chance of clinching the league title on the final day but Man City also won and the Reds missed out on that trophy by a single point. Klopp's men fell behind early on to a goal from Neto but responded well and went in at the break level following a Mane equaliser. Salah came off the bench to put Liverpool in front 6-minutes from time and Robertson added another in the 89th-minute, all of which were in vain.

Real Madrid already had the La Liga title wrapped up a long time before they played host to Real Betis on the last day of the campaign. The home side played their strongest side anyway but the game ended up being a goalless draw, not that any of the Real Madrid fans were bothered. Benzema played the entire 90-minutes without scoring and will just be hoping that he has saved his final goals of the season for Saturday's Champions League final.

Liverpool: Thiago, Fabinho, Gomez and Origi are all injury concerns ahead of the final.

Real Madrid: Marcelo is rated as doubtful and Miguel Gutiérrez is expected to miss out due to a long-term injury.

Liverpool vs Real Madrid: Your Questions about the Final 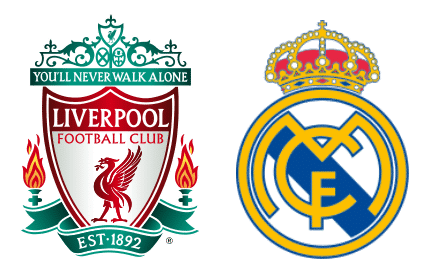