This is a preview of the Champions League clash between giants Real Madrid and Inter Milan at the Santiago Bernabeu. This is a contest to decide the winner of group D.

Real Madrid come into this match by further strengthening their La Liga title bid with a 2-0 win over Real Sociedad. This was the eighth consecutive victory in all competitions for Carlo Ancelotti’s men. Inter Milan inflicted one of the worst defeats for Jose Mourinho after beating his Roma team 3-0 during the weekend.

Real Madrid have had their fair share of shocks in the Champions League home matches, but Ancelotti has been able to mould the Madrid team into a very stable and solid outfit. Inter Milan suffered a defeat in the recent visit to this ground. Inter will also need to chase for a victory and go top of the table. This would leave gaps for Madrid to exploit.

Inter Milan have a strong offensive line up that can provide a challenge for any team in the Champions League, but they have been able to score only eight goals in the five matches. Madrid are a much stronger opponent with 12 goals scored in the five group games.

The top spot is riding on this match and Inter Milan very to repeat the strong away performances in the domestic games. Real Madrid might have been on a strong winning streak but they have not been able to get the same kind of success at the back with a lack of regular clean sheets.

Top Stats to Know ahead of Real Madrid vs Inter Milan

Real Madrid vs Inter Milan: Clash of the Titans

Carlo Ancelotti is just a point away from helping Real Madrid finish as the winners of group D. Real Madrid have been one of the top stories in the Spanish league with their strong surge of form over the last few weeks. Madrid now have the grip in the La Liga and Champions League groups. Gareth Bale, Karim Benzema, and Dani Ceballos are the injury worries for the team.

Inter Milan have a lengthy injury problem with manager Inzaghi without many key players like Aleksandar Kolarov, Matteo Darmian, Andrea Ranocchia, Joaquin Correa, and Stefan de Vrij unavailable for selection. It is very likely that Inter will make some changes to the squad that won decisively against Roma during the weekend. 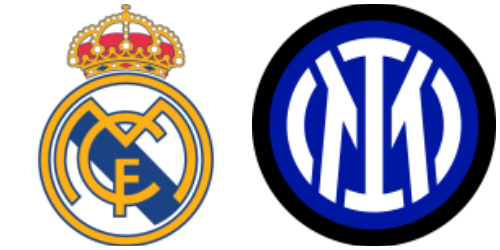 Where is the match scheduled? Santiago Bernabeu

Which team is the favourite to win? Real Madrid