The Real Betis vs Espanyol duel scheduled for Sunday afternoon is one of the closest matches in this round of La Liga. So, check our preview of this game to learn more about it.

Our best free predictions for Real Betis vs Espanyol

If you need some assistance to find the best bet for the Real Betis vs Espanyol duel, we have our favourite betting tips for this game right here:

After they had a great last season, Real Betis made their debut in the Europa League with a win over Celtic on Thursday. Now they have a chance to improve their record in La Liga with a win over the newly-promoted team Espanyol and we believe that they will take advantage of this opportunity and win this game.

Four of the last five head-to-head meetings between Real Betis and Espanyol have ended with both teams scoring and we expect the same thing to happen on Sunday. After all, both teams have scored in three of the four matches that Real Betis played in La Liga so far, although this only happened in one of the four games played by Espanyol.

Borja Iglesias to Score at Any Time

With 11 goals, Borja Iglesias was the top scorer for Real Betis last season and one of the main reasons why the team from Seville managed to secure a spot in the Europa League. And while Iglesias failed to score in La Liga in the new season, he contributed with a goal and an assist in the win over Celtic and that should boost his confidence ahead of the Espanyol matchup.

If you want to bet on the best La Liga odds, check our selection of odds for the Real Betis vs Espanyol taken from the top UK betting sites:

Real Betis vs Espanyol preview: Can Real Betis win three in a row?

After a disappointing start of the season in which the drew twice in the first two La Liga rounds before losing to Real Madrid in the third, Real Betis seems to be finding their stride and form from last season. The team from Seville beat Granada in the last round of La Liga before beating Celtic 4-3 in an exciting League Europe duel. So, a win over the newly-promoted Espanyol would be third in a row for Real Betis, who will have to play this match without Bartra, Sabaly, Lainez, and Miranda.

Starting the new season in La Liga with a couple of draws and a couple of losses may not be the the start that Espanyol fans were hoping for, but it's far from the worst since Espanyol did have a few difficult matches. And their next opponent is also a good team, especially at home. Meanwhile, Espanyol will be without Herrera and Puado in this game.

The most common questions for Real Betis vs Espanyol 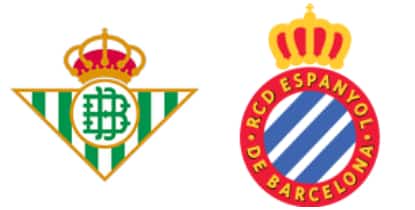