Reading vs Derby: Our top tips

This game sees two of the bottom four face off in what could be dubbed as the points deduction derby. The Rams suffered much harsher punishment but are performing well of late. Can they bank another three points here at the expense of their relegation rivals? Find out with our Reading vs Derby match preview with free tips, predictions and odds mentioned along the way.

Derby might come into this match bottom of the league but that's not what the form table shows; across the last five games they sit in sixth having won their last three games. Reading meanwhile have won just one of their last five games. The other big factor with this game is pressure; Derby aren't really under any because people think they're done. For Reading though, a defeat would be catastrophic to their survival hopes; we think they could pick up a cagey vibe from the home fans and that might see Derby thrive.

Rams to sneak it

We close with a correct score tip and the bet we're going with is 1-0 to Derby. We've already touched on the fact that Derby have been in a fine run of form recently having won three games on the bounce and now we fancy them to make that four here with a 1-0 win. Reading have lost two of their least four matches by that 1-0 score line whilst Derby have won two of their last three by the same result. When the two sides met earlier this season, the game ended in a, yep, that's right, a 1-0 win for Derby.

All the stats & odds for Reading vs Derby

Reading vs Derby: Check out the team lineups

Both of these sides find themselves in serious danger of relegation with both sides ruing the fact they'd be sat well clear of danger was it not for points deductions. That's all done now though and all that matters is getting results; a win for either side would be huge but it's actually Reading that you feel cannot afford to lose this most.

Reading have mustered just two wins in their last 10 so it's little surprise that they're looking over their shoulder down towards the bottom of the league table. If they're to make life simple for themselves, winning games against those below them – like Derby – will be huge.

If it wasn't for the points deduction, Derby would be sat firmly in midtable and just a good run of form away from joining the playoff hunt. As it happens, they find themselves rock bottom and hoping for a miracle. They've impressed on the pitch this season though and people are starting to talk about the prospect of the greatest escape.

The final word on Reading vs Derby 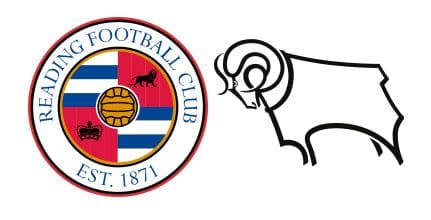