Qarabag and Ferencvaros lock horns in the Champions League qualifiers on Wednesday, August 3rd. Can Hungarian side Ferencvaros upset the odds in Azerbaijan? Read our free predictions and find the latest odds for the fixture below in our detailed match preview.

Qarabag and Ferencvaros meet at the Tofiq Bəhramov adına Respublika stadionu in the Champions League qualification phase in Baku on Wednesday. Read our top predictions for this week’s fixture below.

Hungarian football has been on the up over the past few years and Ferencvaros have been steadily improving alongside the national team. The Green Eagles came within a whisker of making the Champions League Group Stage last year and their 4-1 win at Slovan Bratislava in the previous qualification round in this season’s iteration indicates they are ready to make a strong push again this time around. Ferencvaros look tactically and technically sound and they seem under-priced in the double chance market against Qarabag this week.

Qarabag have played four fixtures in this season’s Champions League qualification phase and both teams rattled the net in all but one of their assignments in the tournament. Likewise, Ferencvaros have come through four assignments in the competition’s qualification stage, with each of their most recent fixtures on the continent delivering action at both ends. Both teams have players capable of making a difference and we recommend sticking to the BTTS market on Wednesday with that in mind.

Top Betting Odds and Stats for Qarabag vs Ferencvaros

View our selection the best stats for Wednesday’s contest below alongside a tool to help you choose the best odds.

Read all of the latest injury updates and team news for Wednesday’s skirmish between Qarabag and Ferencvaros in the Champions League qualifiers below.

Qarabag produced something of a shock when they dumped Swiss team Zurich out in the previous round and with few fitness concerns to trouble them, they should be able to name an unchanged team against Ferencvaros. Brazilian schemer Kady scored in both legs against Zurich and he is one to keep an eye out for again this week.

Ferencvaros kicked their Hungarian title defence off with a 1-0 win over Puskas on Sunday, despite keeping several of their best players on the bench with an eye on Wednesday's crucial contest. Anderson Esiti, Tokmac Nguen, Adama Traore and Endre Botka among others should return to the XI this week. 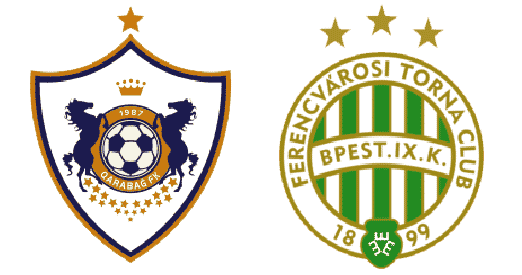 Which side is favourite to win on Wednesday?

The bookmakers have priced Qarabag as their favourites to prevail this week.

This will be the first ever competitive meeting between Qarabag and Ferencvaros.