Probably the biggest derby in this phase of Champions League is the PSG vs Real Madrid duel. With that in mind, we have prepared a detailed preview of this game, along with some free betting tips.

If you are not sure what is the right bet for PSG vs Real Madrid, check our top betting tips and picks for this game:

While it's always difficult to predict the outcome of a duel between two giants like PSG and Real Madrid, we feel that PSG will manage to get the win in the first leg at home.

After all, PSG is in a bit better form right now, although both teams are leading their respective leagues and they've both been recently eliminated from their domestic cups.

All five previous head-to-head meetings between PSG and Real Madrid have gone over 2.5 total goals and we see no reason why this game should be any different.

The best odds, stats, and more PSG vs Real Madrid

If you are looking for the top PSG vs Real Madrid odds, check our list of odds taken from the main UK betting sites:

This is likely the most anticipated game in the Champions League this season, so let's take a more detailed look at both teams right now:

Paris Saint-Germain is having a very tough road to their ultimate goal of winning the Champions League this season since they team was pitted against Man City in group stages, which is why they finished second and now they have to find a way to deal with Real Madrid. Meanwhile, in the French Ligue 1, PSG is dominating and they are currently 16 points ahead of the next team in the standings.

Good news for PSG ahead of this game is that Neymar is training again after a serious injury, but even though he will likely be in the team, he is unlikely to start the game. Meanwhile, Sergio Ramos and Ander Herrera are unlikely to play in this game with injuries.

Even though Real Madrid suffered a shocking loss at home against Sheriff in the group stage, they managed to consolidate and finish the group in the first place, ahead of Inter Milan. The team is also doing great in La Liga since they are currently sitting at the very top, four points ahead of Sevilla in the second place.

Real Madrid fans are still nervous about the availability of Karim Benzema for this game after he missed the last couple of matches with an injury. On the bright side, Ferland Mandy is back in the team and the rest of the squad is healthy and ready to fight. 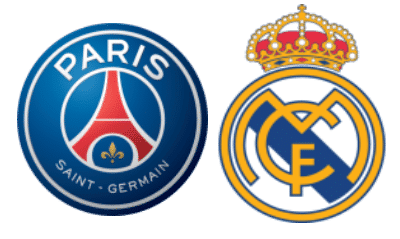