PSG and Benfica face off each other at the Parc Des Princes in a game that can have big implications on the teams that qualify from the group. This will be a preview of the match between the two teams on October 11.

PSG have drawn back to back games with the latest being a goalless draw against Reims in the French Ligue 1. This comes just days after the 1-1 draw with Benfica in the champions league. Meanwhile, Benfica bounced back from back-to-back draws with a 4-2 success over Rio Ave.

Benfica have been all of the potent teams going forward in the Portuguese Primeira Liga the season and they have been able to grab a goal in all of the Champions League matches this season. Even though the team has been going through a string of stalemates of late, Benfica are expected to shine through with goals against a PSG team who have only managed two clean sheets in the last five games.

Kylian Mbappe to come up with goals anytime

Kylian Mbappe continues to remain as one of the top scorers for PSG with the four grabbing eight goals in nine games against the team. This is in addition to the return of three goals in as many Champions League matches so far this season. The absence of Lionel Messi places more importance on Kylian Mbappe to come up with the goals and the 23-year-old is unlikely to disappoint in this match.

Best Champions League Stats ahead of PSG vs Benfica

PSG went for a stalemate during the weekend and this was the second time so far this season that the team has ended up dropping points. The absence of Lionel Messi can have an impact in the offensive areas for a team, who enjoy plenty of experience when it comes to the Champions League nights.

Benfica were relieved to have picked up the victory over Rio Ave. The team has been up against PSG at the Parc des Princes on three occasions and they have been unable to win all three games. Psychologically, this may prove to be a major block for the Portuguese team.

PSG: Presnel Kimpembe , Renato Sanches, and Nuno Mendes are ruled out because of injuries. Meanwhile, the home team may be without superstar Lionel Messi, who is suffering from a calf problem.

Benfica: Lucas Veríssimo and Morato are ruled out because of injuries for the Portuguese outfit.

Questions about PSG vs Benfica 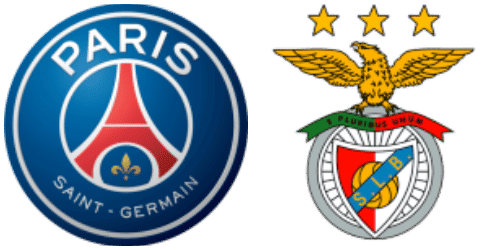 Where is the match scheduled? Parc des Princes

Which team is the favourite to win? PSG