On paper, facing Porto in the quarter-final was the easiest draw Chelsea could have asked for. Will they come away from the first leg with a lead to reflect that? Find out with our Porto vs Chelsea match preview with free tips, predictions and odds mentioned along the way.

Porto have done exceptionally well to reach this stage of the Champions League but, actually, they're hardly flying this season with the Liga NOS title now looking a tough ask. Their first leg win over Juve shows they're still capable of causing problems but the last thing they'd have wanted to see at the weekend was Chelsea's shock loss to West Brom. The Blues were woeful as the Baggies took them apart 5-2. They'll now be all to aware of what can happen if they're not at the races. It won't happen twice within a few days. Of course, it's worth noting they were unbeaten in 15 prior to that loss; one defeat hardly means bad form. Finally, it's almost guaranteed that Mason Mount comes back into the XI, which is a big boost.

The first of our predictions might back Chelsea to beat Porto but it won't be easily achieved. The Portuguese side have only lost one match all season by a margin greater than one goal; that was away at Manchester City. The other side of this tip focuses on Chelsea. Although the match is being played at a neutral venue, it's technically Chelsea's away leg. All of their away wins under Thomas Tuchel have been by one goal; for clarity, that's five games.

Our tips have already indicated our belief that Chelsea will emerge victorious from a tight affair; this prediction follows a similar thought process as we predict a 1-0 scoreline. Why? Well, Tuchel has overseen five away wins for Chelsea with four of them ending 1-0. Of the four, three of them – versus Tottenham, Atletico and Liverpool – have been dubbed ‘big games'. This is another big game on the road and after the embarrassment against West Brom they'll be extra keen to keep things tight. Porto are almost never blown away in games whilst goalless draws with Sporting domestically and Man City in the Champions League show they can be kept quiet by the better teams.

All the stats and odds for Porto vs Chelsea

The round of 16 served up just one shock result; it was Porto beating Cristiano Ronaldo and Juventus. After overcoming the Old Lady they would have been hoping to bring Chelsea down a peg or two. Unfortunately, West Brom have already done that meaning it's highly likely the English side will arrive at this match 110% switched on to avoid an upset. Either way, the Jose Mourinho derby – as it's been dubbed – will be a game worth watching.

FAQ about Porto vs Chelsea 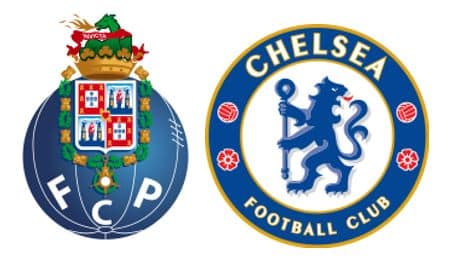