Here is a game with loads at stake. Porto could finish second, Atletico Madrid could finish second or they could both miss out and let AC Milan sneak through. Porto have it all in their own hands though; can they get over the line? Find out with our Porto vs Atletico Madrid match preview with free tips, predictions and odds mentioned along the way.

Atletico to snatch it

We start our predictions by backing Atletico Madrid to get a vital win over the side currently in second place in group A. The two sides drew 0-0 when they last met but most will admit Atletico were not at their best in respect of the performance they turned in. With the bare minimum a Europa League spot being at stake it is important they turn up this time and we think they will. Despite the last result last time out you have to fancy a team that boasts the attacking players Atletico do to score at some point; from there, you wonder how Porto will reply as Champions League goals have been hard to come by.

Both of these sides are averaging 2.2 goals from their five group games played so far and it's hard to imagine them being involved in a glut of goals here. Not only was the reverse fixture a goalless draw but their last two head to heads have both fallen short of three goals. On top of that, they've only scored seven goals between them in this tournament to date, which combines for an average of less than one goal per game. Of course, it's not nailed on but it would be a brave person that backs over 2.5.

If you've read the last couple of predictions we've just made than a narrow 1-0 away win probably won't be a huge shock. Atletico do have stronger attacking players and, eventually, we're expecting them to find their way through what is likely to be a rigid back line. Porto don't give much away – as AC Milan found out – but if they fall behind you wonder where the goals will come from; they've only scored three in this tournament so far.

All the stats & odds for Porto vs Atletico Madrid

Atletico will arrive in Portugal knowing a win is the minimum requirement and, whilst the group stage hasn't gone to plan, three points here could easily see them through with AC Milan facing Liverpool in the other game. Aside from the likes of Joao Felix, Luis Suarez and Antoine Griezmann hogging headlines the return to Porto of Hector Herrera is a lovely side note to a big game. For Porto, they'll be looking at things thinking anything but defeat will likely see them through; the big news on that front is that experienced centre back Pepe is unlikely to feature.

The final word on Porto vs Atletico Madrid 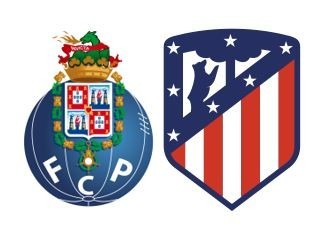