The fat lady has sung, Peterborough will be a League One side next season. Can they sign off their campaign with a couple of wins starting here? Find out with our Millwall vs Peterborough match preview with free tips, predictions and odds mentioned along the way.

Posh to take a point from the Lion's Den

Peterborough might be down but they’ve not been playing like a side that has lost confidence; in fact they’ve been pretty decent recently but it’s just proved to little too late. We think it’s going to be more of that here as we back them to take a respectable point off Millwall. The Lions have drawn five of their last 10 games with two coming in their last three outings. Peterborough meanwhile have only lost one of their last five games.

Millwall have seen both teams score in each of their last four matches; they’ve scored nine and conceded five. Peterborough meanwhile have scored in four of their last five whilst failing to keep a clean sheet in three of those games. Their actual goal record in that period is six scored, four conceded. Combine that with three of the last five head to head matches featuring goals at both ends and it’s clear to see why we think this bet has legs.

Here are the key stats & form guide for Millwall vs Peterborough

Millwall vs Peterborough: Let's look at the predicted lineups

This game means nothing but pride for Peterborough but it could be Millwall’s final flirtation with a top six spot. Will Millwall handle the pressure against the problem free Posh?

Millwall are a good side at home and have the best record in the league behind Fulham. They are under huge pressure in this game though with it likely to be their last chance of making a tilt at the top six. Can they find a way to win?

Peterborough have found their groove just a little too late to make a fist of staying up. What they can do now though is show they’re serious about bouncing straight back. What better way to do that than taking points off one of the best home sides in the league?

A quickfire FAQ on Millwall vs Peterborough 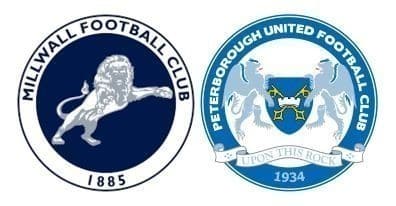