Peterborough will be looking at Doncaster’s recent form and thinking they can get the win they need to clinch promotion. The question is will they achieve their goal this weekend? Find out with our Peterborough vs Doncaster match preview with free tips, predictions and odds mentioned along the way.

Our predictions for Peterborough vs Doncaster

Some sell this match as Peterborough vs Doncaster but we choose to pitch it as a side that have won seven of 10 home matches vs a team that has managed just one win in 10 away from home. The conclusion? A home victory. It’s not all about form though. It’s well known that motivation in sport plays a big role in performances and this match is a big one; at least it is for Peterborough. Doncaster are sat in mid-table whilst the Posh will secure their route back to the Championship with three points.

Peterborough’s home form of seven wins in 10 has already been referenced in our first prediction; the manner of those victories has not. The Posh have scored 22 goals conceding just eight and, yes, that includes the three matches that didn’t end with three points. Then you have Doncaster; most of their losses in their recent away defeats have been settled by the odd goal but there are a couple of notable exceptions to that. Oxford and Sunderland put a combined seven goals past them for just the one in return. What do Oxford and Sunderland have in common with Peterborough? They’re all in the promotion fight.

Across the current campaign both these sides average over 2.5 goals per game. Peterborough’s fixtures come in at 2.7 with Doncaster’s a tad higher at a game average of 2.8. If you look more closely at recent results you’ll find further evidence as to why we’re making this prediction. Of Donny’s last 10 away matches, seven of them have seen a minimum of three goals. Peterborough at home have only seen six of their past 10 go over 2.5 but given they’ve scored 12 goals in their last five outings it would be ludicrous to bet any other way.

Peterborough vs Doncaster: All the odds

Doncaster’s season has long been over. For so long it promised to be an exciting one but it’s dropped away into nothingness. You can’t say that about Peterborough; they have three games left to play and can secure promotion with a win in this game. They can very realistically end the season as champions. 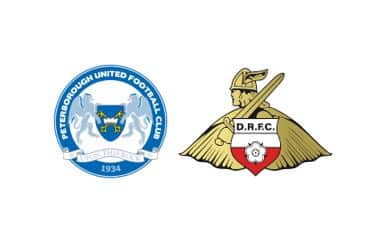