Peterborough might be embroiled in a relegation battle in the Championship but they'll still expect to beat Bristol Rovers of League Two. Can they? Find out with our Peterborough vs Bristol Rovers match preview with free tips, predictions and odds mentioned along the way.

Posh to lead at HT and FT

Peterborough might be struggling in the Championship but drop further down the pyramid they're a very good team. When you consider the r fact that Bristol Rovers are struggling in League Two and that the Posh have home advantage this really should be a breeze for Peterborough and an opportunity to restore a little bit of confidence. That's why we're backing them to be winning this tie at both half time and full time.

Check out the key stats & form for Peterborough vs Bristol Rovers

Peterborough and Bristol Rovers are having largely forgettable seasons in their respective leagues. What their fans would give for a cup run and, potentially, a money spinning tie with one of the big boys.

Peterborough's biggest problem in the league this season has been some of their key attacking players stepping up to Championship level. Well, they're not playing against that level here so expect an all out attack performance.

Bristol Rovers have endured a drab first half of the campaign and their reward for reaching the third round follows suit; this is a game they're expected to lose without any of the glamour a bigger tie brings. It's not done and dusted yet though; can they cause a shock?

A brief FAQ ahead of Peterborough vs Bristol Rovers 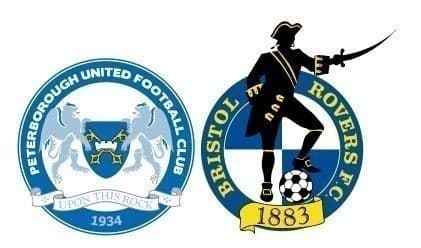