Are there any two clubs more grateful of Derby's points deduction? Given their current league positions we'd suggest not but, even so, both are in big trouble. Can either boost their survival hopes with a win here? Find out with our Peterborough vs Barnsley match preview with free tips, predictions and odds mentioned along the way.

*Odds were correct at the time of writing and are subject to change.

Barnsley to get the job done

This game is a really tough one to call with both teams having been poor all season long but we are opting for Barnsley to take away three points. You can point to both teams being rubbish of late but Barnsley beat Derby a few matches ago in what was a huge relegation game; they'll take some of that spirit into this game. On top of that, they hold a clear advantage over Peterborough historically having won the last four meetings. The other factor that could play into this is the home crowd; ordinarily, being at home is a perk but if the game isn't going to plan an edgy crowd can have the wrong impact.

Normally when we talk about bets in the total goals market we assess how the recent results have gone for both sides. In truth, that's hard for Peterborough and Barnsley. They've been so bad against the better sides this season that many of their games have been high scoring with little contribution from them. If you look at the goals scored the two of them boast you'll get a better steer. Posh have scored just one goal in their last five outings with Barnsley also averaging under one goal per game.

At least one side will fail to net

We've already spoken about the fact that neither side are exactly banging in goals for fun. As such, a tip that both teams to score ‘no' shouldn't come as too much of a surprise. Four of Peterborough's last five games have ended with a ‘nil' in the score line whilst Barnsley have seen two of their last three matches end with a one team – them – blanking. You have to go back to 2015 for the last time these two both scored in a game against each other.

Find the best odds for Peterborough vs Barnsley

It would be ambitious to say the least if you backed either of these sides to go on and pull away from the relegation scrap fight. Peterborough aren't scoring too many goals of late and have the worst defence in the league to go with it; it's not a good combination. Usually, Posh will look to score their way out of trouble but with Jack Marriott still injured they're relying on someone finding form. For Barnsley, you can probably pin their troubles on being flattened by the loss of their manager and star player to West Brom in the summer. Cauley Woodrow has three goals for the Tykes this season making him their leading scorer; they need more though as they are have the most toothless attack in the league. 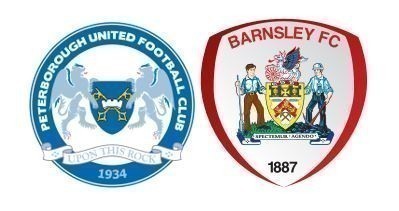