The last match of the round in the South American WC Qualifiers is the Peru vs Venezuela duel, so check our preview of the game to learn more about it and to get some free betting tips along the way.

Our free betting tips and predictions for Peru vs Venezuela

If you can't choose the right bet for the Peru vs Venezuela duel, we have a few betting predictions to help you out:

Even though these two teams are separated by just one point after the first seven rounds, and even though three of their last five head-to-head duels were draws, we expect a win for Peru in this game. First of all, the other two head-to-head matches were wins for Peru. Secondly, Peru reached the semi-finals of Copa Libertadores just a couple of months ago. Third, they are the better team and they play at home. So, our prediction is for Peru to win this game.

Three of the previous five h2h duels between Peru and Venezuela have gone under 2.5 total goals, and we expect to see the same in their upcoming match. Peru has averaged 3.14 goals per game so far in the WC Qualifiers, while Venezuela averaged 2.29 goals per game in the first seven matches in the group. Judging by these numbers, this game could go either way, but we think that under is the smarter bet.

Top odds and helpful stats for Peru vs Venezuela

If you want to bet on the top Peru vs Venezuela odds, we have a list of odds from the best UK betting sites right here:

Peru vs Venezuela preview: A duel between the two bottom teams in the group

This summer at Copa America the Peruvian national team had a lot of success – the team reached the semi-finals of the competition against all odds. And while the loss in the match for the third place to Colombia stung, the fans had to be happy with the teams performance. However, Peru has struggled so far in the WC Qualifiers with one win, two draws, and four losses, which puts them in the second-last place in the group, only above their next opponent.

With three draws and two losses in their last five matches in all competitions, Venezuela is far from being in form. In fact, the team has failed to get out of their group at Copa Libertadores this summer and they are currently sitting at the very last place of the WC Qualifiers with one win, one draw, and five losses in the first seven rounds.

FAQ for Peru vs Venezuela 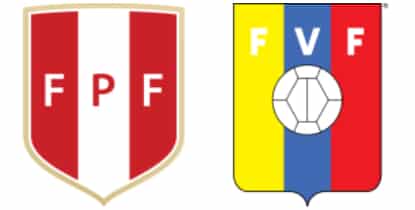