One of the more interesting duels in the upcoming round of South American WC Qualifiers is the Paraguay vs Uruguay matchup. So, check our preview to learn more about the game and get some free betting tips.

If you need a bit of help to find the right bet for Paraguay vs Uruguay, check our top betting tips for this match:

Uruguay lost four games in a row in these Qualifiers, although three of those were to Brazil and Argentina. However, they are still in a good position to get a spot in the World Cup, but they need a good result against Paraguay.

Meanwhile, Paraguay is far from being in great form as well since they only have one win in the last six games in the group. Our prediction is for Uruguay to win and break the streak since they are the better team and have more experience in these kind of matches.

Three of the previous five head-to-head duels between Paraguay and Uruguay have gone under 2.5 total goals and we can see that happening once again on Wednesday.

The best odds and important stats for Paraguay vs Uruguay

If you wish to bet on the top Paraguay vs Uruguay odds, check them all out here, on our website:

Both teams need the win to stay in the race for the World Cup, so this should be an interesting game. Let's check both teams out in more detail:

After 14 round in the WC Qualifiers, Paraguay is one of many teams still looking for their spot. However, they are in the worst position of them all since they have 13 points and are currently ninth, only above Venezuela. That being said, the team in fourth place has 17 points and there are four rounds left, so Paraguay still has a good chance. Of course, they really need to beat Uruguay in their next game.

When it comes to team news, Paraguay will be without Kaku, Omar Alderete, and Andres Cubas due to injuries. That being said, Cubas was also suspended anyway after being sent off against Colombia.

After they lost four games in a row, Uruguay dropped down the standings to the 7th place. However, they are still just one point away from Colombia who is in fourth spot in the group. So, Uruguay still has a good chance of making it to the World Cup with four rounds remaining in the schedule, but they need to snap out of their bad run immediately.

Unfortunately, Uruguay will be without Fernando Muslera, their veteran goalkeeper who's still recovering from a serious injury. Nahitan Nandez and Lucas Torreira are also out with injury and COVID. 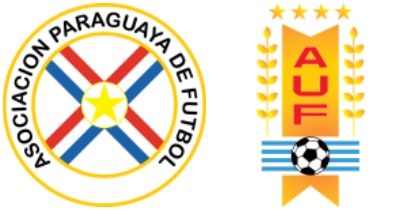