Fulham could all but wrap up the title by winning this game. Will they? Find out with our Fulham vs Nottingham Forest match preview with free tips, predictions and odds mentioned along the way.

Fulham title confirmation will have to wait

Although Fulham have been the best team in the Championship this season, they have not enjoyed their best form recently; Marco Silva's men have just one win in their last four games, with a draw and two losses. On the other hand, we have a Nottingham Forest side that won their last two, and five of their last six games. As a matter of fact, Forest lost just once in their last 13 league games; they won seven of their last eight league games. Considering Fulham's recent struggles, we're making the prediction that Nottingham Forest will take at least one point from this game.

These are two of the highest-scoring teams in the Championship so far; only Fulham have scored more goals than Nottingham Forest this season. It's fair to point out that both teams have been very consistent when it comes to finding the back of the net; Fulham scored in their last six, and 21 of their last 22 games in all competitions. Similarly, Nottingham Forest registered at least one goal in 10 of their last 12 games. Additionally, three of Fulham's last four games have seen goals at both ends; and on that note, we believe that both teams will find the net.

Fulham vs Nottingham Forest: Let's look at the predicted lineups

Fulham are already guaranteed to be a Premier League side next season but Nottingham Forest's season is still very much in the balance. A playoff finish looks a sure thing but winning them is another matter. If they can beat the Champions elect, it would be a huge boost for morale. For Fulham, a win gives them the title.

Fulham managed to maintain their nine point lead at the top of the table with a draw at Bournemouth last weekend meaning a win here would guarantee them the Championship crown. Marco Silva's men will welcome Nottingham Forest to Craven Cottage on Tuesday and will hope to take all three points from this match.

Nottingham Forest have been on fire lately; they are coming off back-to-back wins, and they have five wins in their last six games. Steve Cooper's men have a small chance of finishing second, and securing automatic promotion to the Premier League; however, they'll need to win all of their remaining games, starting with this one.

A quickfire FAQ on Fulham vs Nottingham Forest 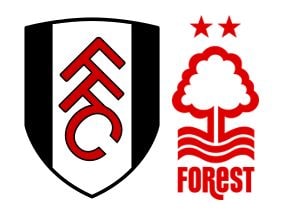