Nordsjaelland are the only team left in the Superliga with a 100% record but the hosts face a tough game on Saturday against 4th-placed Viborg. The visitors have won three of their opening four league games but did lose their one and only away game so far this season.

Nordsjaelland are unbeaten in their last three league meetings with Viborg and picked up a 2-0 win in this very fixture last season. The hosts have secured wins in each of their opening three matches of the new Superliga season but face their toughest test this weekend. Viborg have looked strong at home picking up maximum points but their only away game ended in a 3-1 defeat against mid-table AGF.

Both teams have scored in four of the last five encounters between Nordsjaelland and Viborg, and we're expecting more of the same when the pair go head-to-head on Saturday. Three of Nordsjaelland's and three of Viborg's last six outings in all competitions have produced goals at both ends of the pitch, so you can see why we're not backing either side to keep their clean sheet intact this weekend.

All you need to know ahead of Nordsjaelland vs Viborg

Nordsjaelland aiming to continue their 100% start to the season

Nordsjaelland had the home advantage against Lyngby last time out but were made to work hard for their victory. Hansen fired the home side in front after 36-minutes and Nordsjaelland led 1-0 at the interval. Lyngby always looked a threat though and in the 67th-minute, Nielsen made it 1-1 after good work from Hamalainen. Nordsjaelland never stopped looking for a winning goal though and got it 10-minutes from time when Hansen was in the right place at the right time again to make it 2-1 to the home side.

Viborg put in another very impressive home display last weekend as they beat Copenhagen. The hosts actually fell behind in the 7th-minute but bounced back to lead 2-1 at the break thanks to goals from Leemans in the 27th and 33rd-minute. Just 10-minutes into the second forty-five Lonwijk made it 3- to the home side but Biel pulled a goal back for Copenhagen shortly after. Viborg confirmed their victory in stoppage-time when Sorensen fired the ball home to make the final scoreline 4-2.

Nordsjaelland: the hosts have no fresh injury concerns or suspended players this weekend.

Viborg: Mads Lauritsen, Mikkel Andersen, Alassana Jatta and Lamin Jawara could all miss the trip to Nordsjaelland through injury.

Nordsjaelland vs Viborg – Your Questions 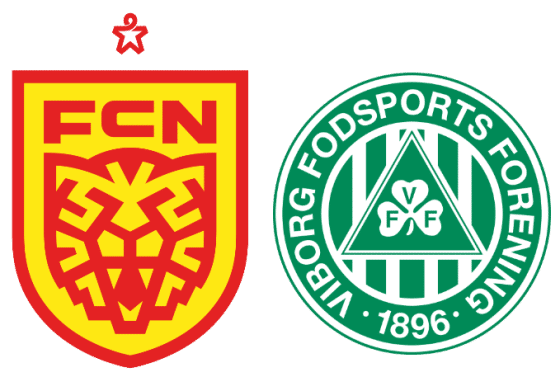