Eddie Howe will be hoping to secure his and Newcastle's first win of the new season on his debut as the new manager of the Magpies. Brentford provide the opposition in the Premier League this weekend and they will be wary of the effects a new manager can have on a struggling club.

Here are our predictions for Newcastle vs Brentford.

Newcastle will be hoping to feel the effect that a new manager often brings as Eddie Howe gets ready to take charge of his first game as the new Magpies boss. Brentford have started life in the Premier League well but some of their recent results and performances have been a little disappointing with each of their last four league games ending in defeat.

We're backing both teams to score in this game as neither of these teams have the best of defensive records this season. Two of the last three meetings between Newcastle and Brentford have produced goals at both ends of the pitch, while five of the host's and five of the visitor's last six outings in all competitions have ended with both teams getting on the scoreboard.

Callum Wilson remains one of Newcastle's key players and he will be looking forward to linking back up with his former manager from his Bournemouth days. Wilson top-scores in the league this season for the magpies with 4-goals, that's twice as many goals as Brentford's highest-scoring players, and we're backing the former England international to find the back of the net on Saturday.

Can Eddie Howe make the difference on his Newcastle debut?

Newcastle put in a spirited performance away at Brighton before the international break, despite going a goal down in the 24th-minute. The Magpies kept themselves in the game and always looked a threat, getting their rewards via a rare goal from Hayden in the 66th-minute. A point was a good result for Newcastle but that first win of the campaign still illudes them.

Brentford's poor run of form continued in their last game at home to bottom of the table Norwich. Goals from Normann and Pukki put the visitors 2-0 up at the break and despite Henry pulling a goal back on the hour mark, the Bees couldn't carve out an equaliser and ended up losing for the fourth straight league game.

Newcastle: Ryan Fraser and Paul Dummett are the only injury concerns for the hosts this weekend.

Brentford: the visitors could be without the services of Yoane Wissa, Mads Sorensen, David Raya, Kristoffer Ajer, Mathias Jorgensen, Mathias Jensen, Joshua Dasilva and Shandon Baptiste due to injury or illness. 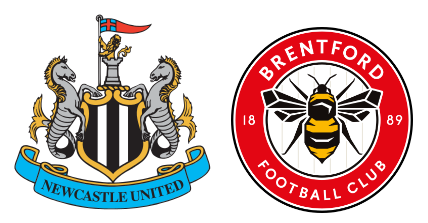