The Netherlands and Austria began Group C with wins which means a draw at the Johan Cruijff Arena wouldn't be a bad result for either nation on Thursday. However, we expect both countries to go into this game believing they have a very good chance of securing all 3pts, as the Netherlands have the home advantage but didn't entirely look convincing against Ukraine last time out.

Read our full match preview and prediction for Netherlands vs Austria in the European Championship.

The Netherlands have a great recent record against Austria, winning each of the duo's last six encounters in all competitions. However, the pair haven't locked horns since 2016 and both squads have changed dramatically since then. The Netherlands have drawn against Scotland and lost to Turkey this year and their game against Ukraine almost ended in a draw. Austria have drawn two and won two of their last six matches, losing against the likes of England and Denmark, but their performance against North Macedonia showed that they mean business in Euro 2020.

Both teams have scored in five of the last seven meetings between these two nations and we're backing both teams to find the back of the net on Thursday night. Three of the Netherlands' last six matches have ended with both teams scoring and the same goes for three of Austria's last six fixtures. Both the Netherlands and Austria looked good going forward but a little shaky at the back in their opening matches of Euro 2020, so there should be ample goalmouth action at both ends of the pitch on Thursday.

We're backing a 1-1 draw between these two teams as their performances in the first round of matches suggests that the pair could well cancel one another out on Thursday. The Netherlands will be the favourites and they also have the home advantage but their overall performance against Ukraine leads us to believe that they will struggle against more organised sides such as Austria.

The Netherlands left it late to secure their win against Ukraine last time out. De Bour's men blew a two-goal lead and appeared to be heading for a draw only for right-back Dumfries, who was a threat all game, to head home the winner 5-minutes from time. De Bour might make some changes to his backline for the Austria game as mistakes were made in the game against Ukraine, but the midfield and attack will surely remain the same as they performed well overall.

Austria's quality showed through against North Macedonia, as Alaba and co eventually secured a 3-1 win. Lainer scored the first goal of the game which might well go down as one of the best passes and finishes of the tournament. Pandev equalised thanks to a mistake in the Austria defence but goals from Gregoritsch and Arnautovic sealed a deserved victory for the Austrians. Arnautovic may have done enough with that goal to earn a starting position against the Dutch this week, and the former Stoke City striker will cause that suspect Netherland's defence issues.

Your Questions – Netherlands vs Austria 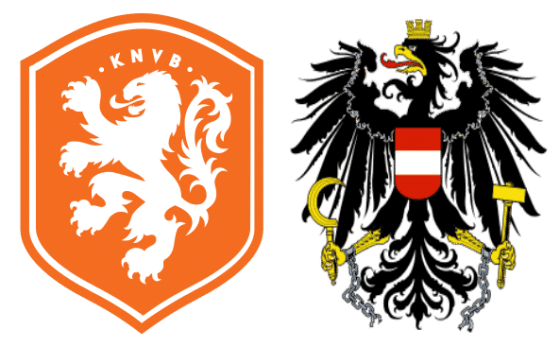